Wow…what a weekend. This is another one for the record books!

On Friday, a heat wave hit the city. Temperatures in the high eighties slowed us all down dramatically. Rob and I had a beer after work out on the fishing pier in the bay. 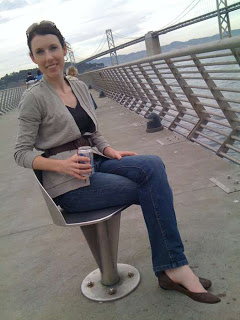 We briefly joined the Critical Mass ride on our tandem but it was too hot for those sorts of shenanigans. Margaret came over and we made nectarine ice cream and sweltered with no AC.

The next day, Rob and I rode the bike downtown to meet with family friends, Yvette and Tom. (Backstory: Yvette was my nanny for a time when she was a teenager. She had a fortunate career with a start-up company that turned Fortune 500. And now spends her time traveling, going to concerts, taking lessons and seeking out fun events.) We met up with them to pick up extra tickets they had to Outside Lands.

After our happy errand, Rob and I had breakfast at Blue Bottle Coffee and aparently saw a rock-star based on the the excited pack of teenagers in line. 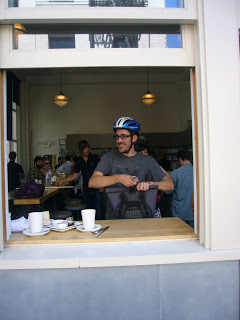 A few more errands and then straight to the beach to cool off in the ocean breeze. I was very pleased with the new Ikea beach umbrella, especially now that I’ve sworn off the sun for good. 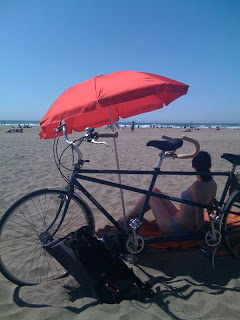 At 4:30, we checked the bike at the concert and met up with Yvette and Tom. We caught the end of Jason Mraz on the mainstage and saw some side acts before the Black Eyed Peas came on. Towards the end of their show, we walked over to a side stage to see Connor Oberst and the Mystic Valley Band. Admittedly, I hadn’t heard of them before. But the kids around me were crazy excited and the music was really good. A highlight was a guest appearance by Jenny Lewis. Oh, and it turned out that the rock star from coffee that morning was the drummer for this band. Small city. After that show, it was time for the main event. Dave Matthews Band on the mainstage. Fun, high energy and with a guest appearance by the Black Eyed Peas for a silly dance-off. The fog rolled in, ending the heatwave during the start of this show. A blessedly cold bike ride home after the show ended at 10. Watched Annie Hall on TV before going to bed.

Breakfast the next morning. Rob left to go volunteer with the bike coalition. I caught up on some blogging while watching the excellent Met version of Madama Butterfly. At 2:00, I bundled up (when the fog comes back, it really comes back) to head back to Outside Lands. This time with a VIP bracelet that let us all into the media tent with free food and drinks! I saw two of my favorite bands, The Avett Brothers and Brett Dennen, standing only a few feet from the stage. 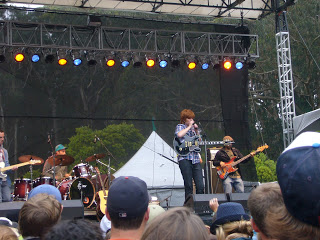 And had an almost front row position for Jack White’s new band called The Dead Weather. 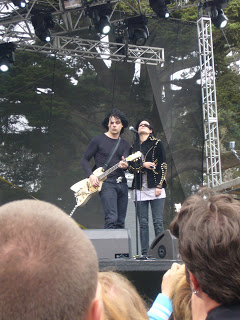 Back at the media tent (free beer!), I joined up with Rob, Yvette and Tom to see the end of M.I.A. and Tenacious D (in for the poor Beastie Boys had to cancel) from the fancy seats. I walked about six inches away from Brett Dennen on my way back from the restroom at one point! Back home on the bike at 9:45. All in all – an epic weekend and the most fun I’ve ever had at a music festival. It was so great to see Yvette and Tom. I can’t wait for Outside Lands next year! You can see all my photos from the weekened here 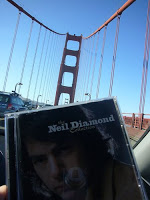 Weekend Round-Up: Backpacking
Backpacking this weekend was a fun adventure! You can see… 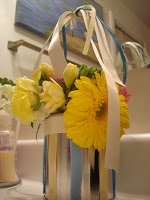 Ladies Activity Club: May Flowers
(Note: I forgot my camera at home in the bike-madness.…