We had a fun adventure this weekend! Rob, Margaret and I left early Saturday morning on the ferry to Angel Island. 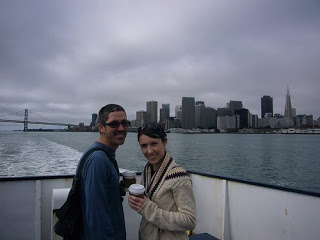 It was nice and sunny once we landed on the island. Just in time for Rob to bike up the dirt trail with all our camping gear. Our campsite was about two miles around the island, up the hill, facing Berkeley. 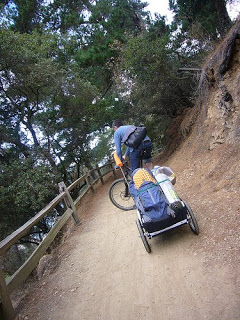 We set-up the tent, made sandwiches and put the food away before setting off to explore the island. 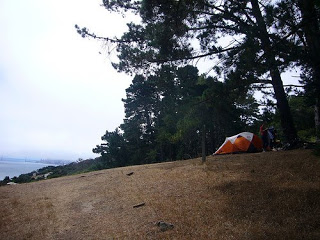 First stop, the Immigration Station at Ayala Cove. We saw the new instillations about the Chinese and Japanese poems carved into the barrack walls by immigrants, sometimes kept there as long as six months. We picnicked on the beach before heading south to Fort McDowell. This was a discharge base during WWII – complete with bowling alley, softball field and pub. The salty bay climate dissintegrated the buildings quickly after they were decomissioned in 1946. 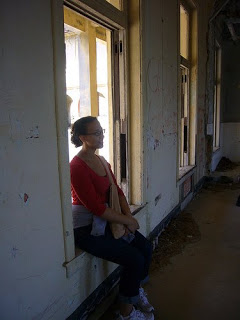 From there we hiked the rest of the way around the island and back to the main cove. Beers in the cantina – we listened to a blues band, watched the final ferries back the city depart and painted watercolors of the island. 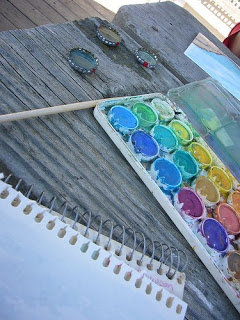 The island was now left to us, a couple other campers and a handful of rangers. We walked back to the campsite and made a big dinner of kebabs and Jiffy Pop while watching the sailboats return home across the bay. Racoons started to invade our campsite at dusk (aparently, they and deer can swim over from the mainland…nuts) – brazen little buggers. We played cards, watched the dinner cruises putter about and stargazed before bed: 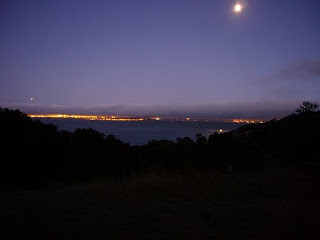 The next morning, Rob made us a big blueberry pancake breakfast along with Pete’s coffee and pine needle tea. We packed up all our gear and caught the 10:30 ferry back to the city. 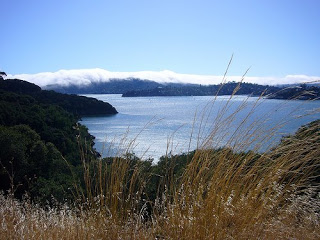 A great little escape and I loved having time for a bit of lazy Sunday back home. Rob and I finished the weekend with grocery shopping, bike washing and book selling.

You can see more photos from our busy weekend on Angel Island here. 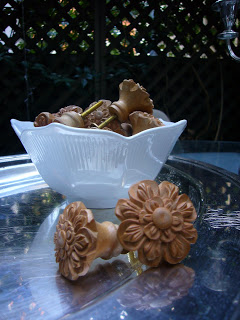 For Sale!
A bit of shameless self promotion: If you're in the… 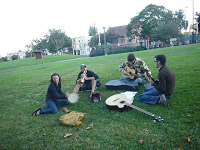