We woke up to an overcast day in Nice. After a leisurely breakfast of vanilla yogurt in glass jars, figs, tea and jam tarts, we set out to explore the city. Our apartment is near the museum of modern art…which isn’t kidding about being modern. This odd building was about six stories tall: 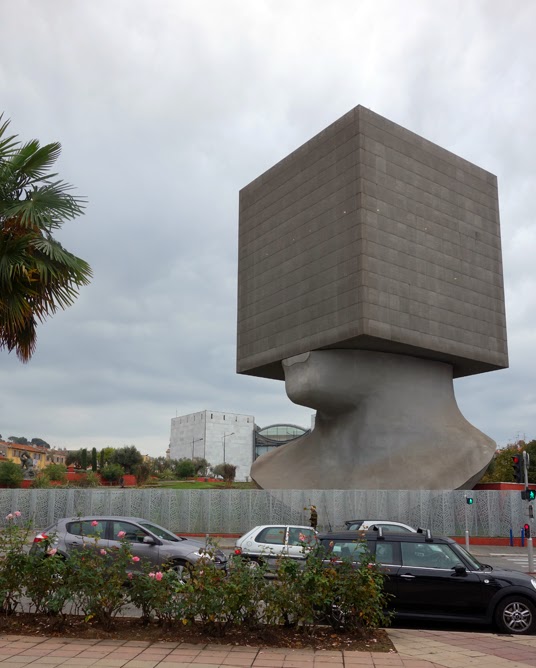 Even with the cloud cover and occasional drizzle, it was still nearly 70 degrees out – but you would never know from the way the locals were bundled up in their winter layers.  We walked up the hills, past ancient lemon trees and fading villas to the Musee et Site Archeologiques. The museum was only in French, but we had a good time exploring the small exhibit of Roman artifacts. 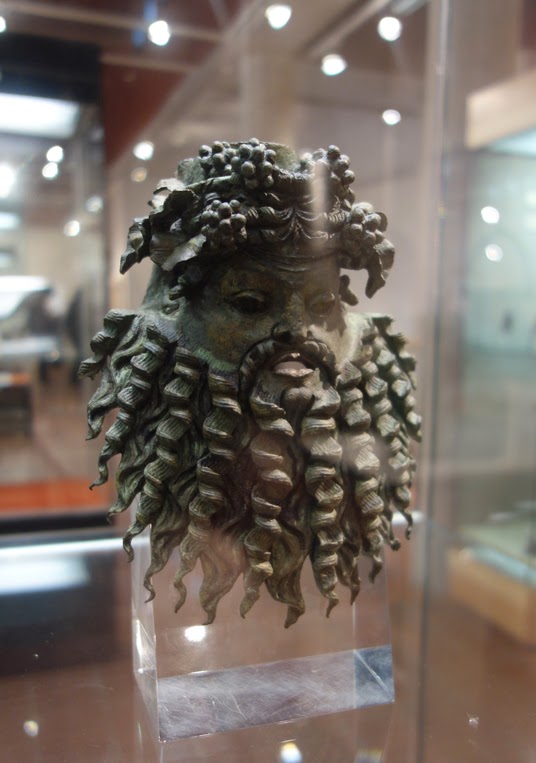 The children’s portion was easier to translate and Rob followed the instructions to “Join the Army!” 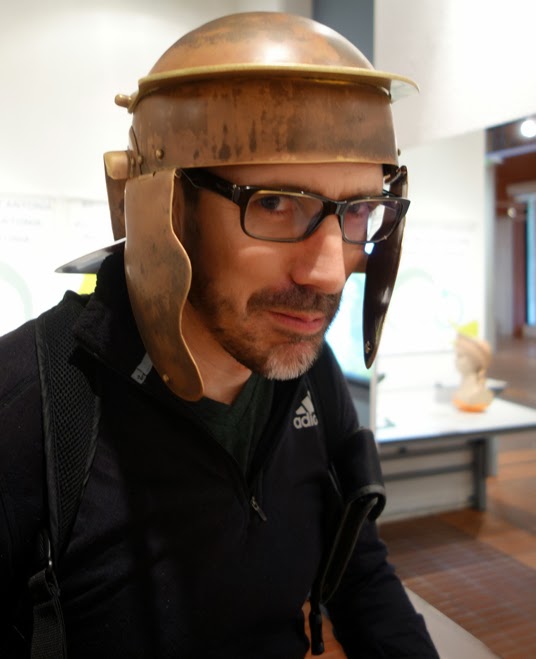 We explored the ruins outside, trying to identify which was the swimming pool.  It’s fun to think of the Romans on holiday in Nice. 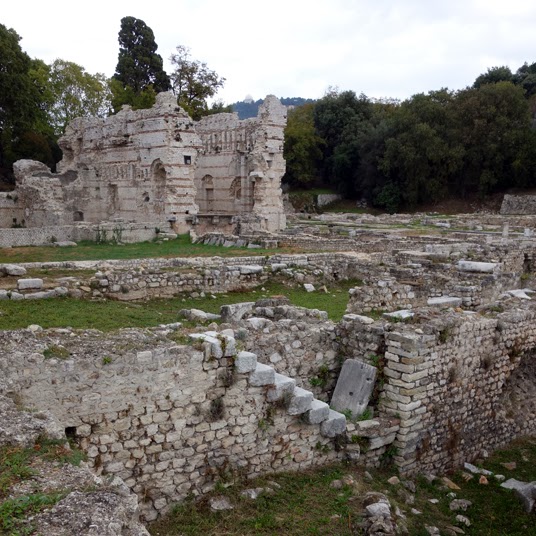 It started to drizzle, so we went into the Musee Matisse – he was so amazingly talented! 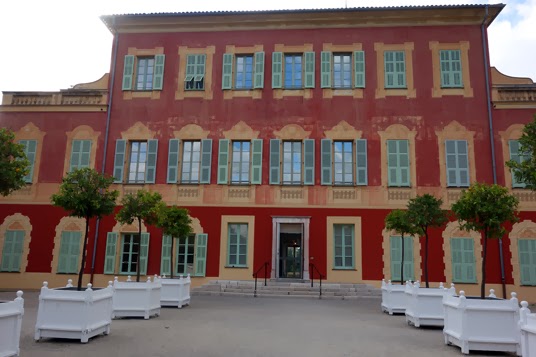 Now getting hungry, we strolled through the park’s olive groves with fancy ladies from the neighborhood out walking their many dogs. 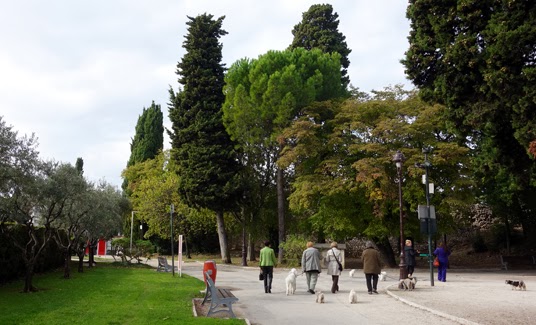 On the way down the hill, I decided that this apartment complex, called “Regina” would suit me just fine. 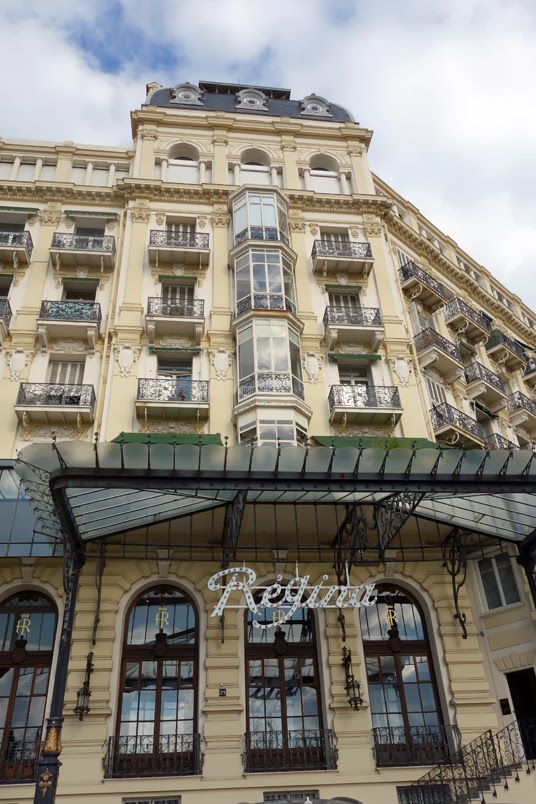 Expensive taste, indeed. I later discovered that it is the former hotel where Queen Victoria stayed while recouperating in Nice. Which made the statue of Queen Victoria down the street make much more sense in hindsight. 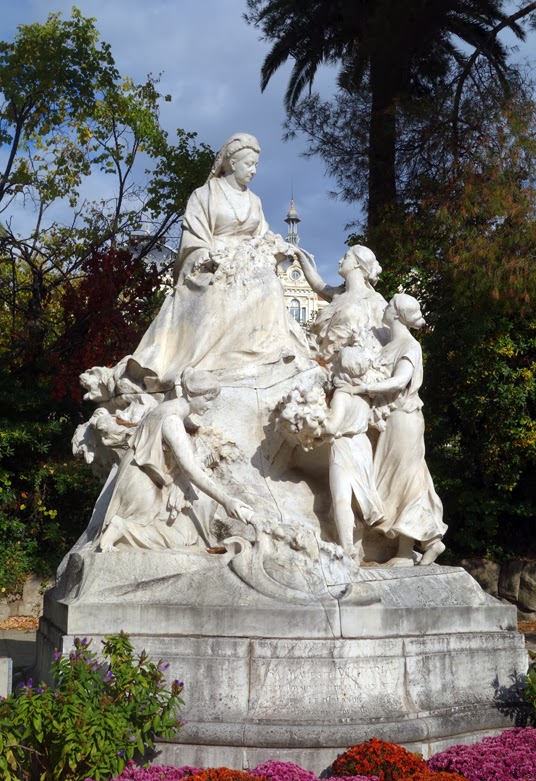 Lunch on the sidewalk of a casual cafe near our apartment. We ordered Socca – the traditional Cote d’Azur thick crepe made from chickpeas (“pois chiche”) and olive oil – along with a slice of cheese pizza and pissaladiere. 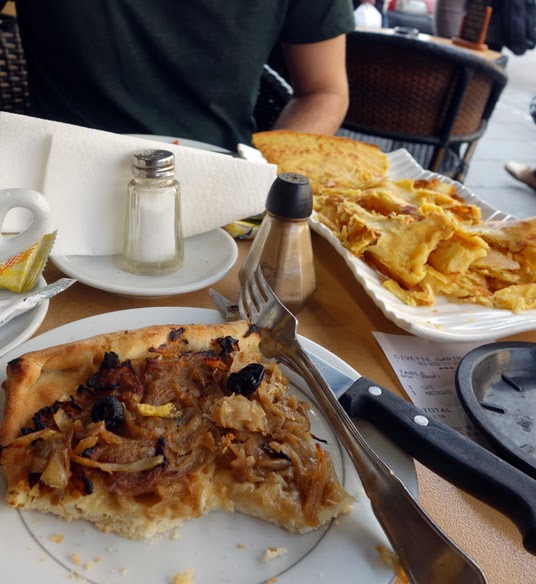 Back at the apartment, Rob worked on fixing a bug for work while I looked for apartments in Aix-en-Provence.  A glass of Cotes du Rhone before a long nap. In the evening, I went to explore while Rob worked. This high school – Lycee Massena – across from the apartment is so beautiful and so French. 1,600 students study there – with an emphasis on science – with 150 boarding on campus. There is a clock tower, courtyards, terraces filled with flowers. If Harry Potter had been made French instead of English, this is would have been a perfect setting for Hogwarts. 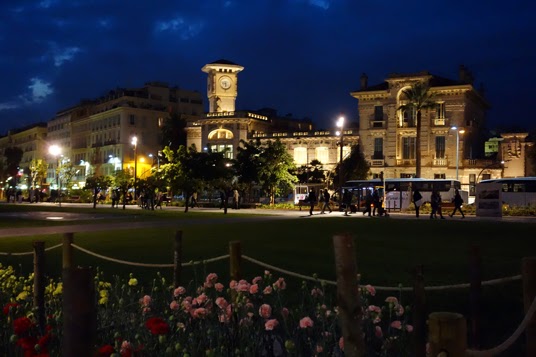 All of Nice was out shopping on Friday night – most with their small dogs in tow. I walked through the Galleries Lafayette and window shopped for ridiculously cute French outfits for little Everett. 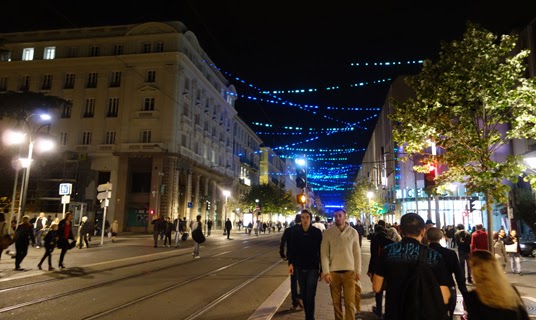 Stopped at the Monoprix market on the way home for dinner supplies. I’m trying to cook dinner every night. Even the local supermarkets can be overwhelming!  Eventually I settled on a selection of mushrooms, a kind of fresh beef/tomato sauce and panisses – which turned out to be a Nice version of polenta made from chickpeas. A quick googling showed the right way to prepare it. The mushrooms still had ample pine needles and leaves in them from the forest! I fried the panisses in olive oil and cooked the mushrooms in the sauce with some fresh onion. The resulting meal was hearty and tasted like fall. Rich chocolate mousse in a glass jar for dessert. What to Wear: Holiday Parties
For some reason, the holiday season always makes me think…
Happy birthday to me!
It's official, I am now 26! It's not as bad…