As much as I liked Istanbul, I don’t think I really understood it until we crossed over the Bosphorus to explore the Asian side of the city. The ferry to Kadikoy costs $1.50 and takes about 20 minutes. 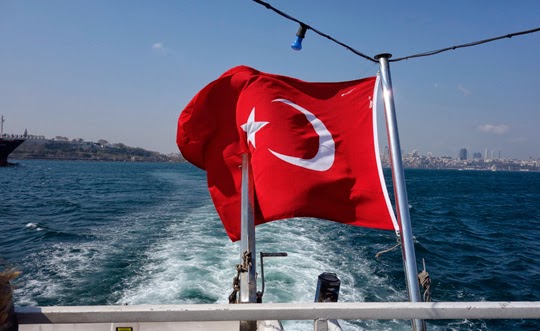 Normally, the ferry would drop you off at an open waterfront plaza, but yesterday it was packed with a political rally. CHP is the opposition party and hoping to win today’s local election as a referendum against the policies (including blocking Twitter and YouTube) of the conservative Prime Minister. 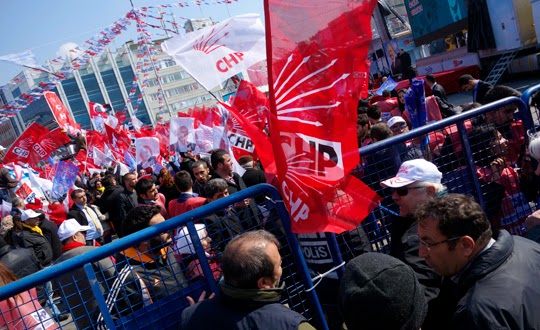 Rob and I walked around the rally to the busy shopping streets. The Grand Bazaar in Sultanahmet is lovely, but you can tell that this is where people actually shop and eat in Istanbul. 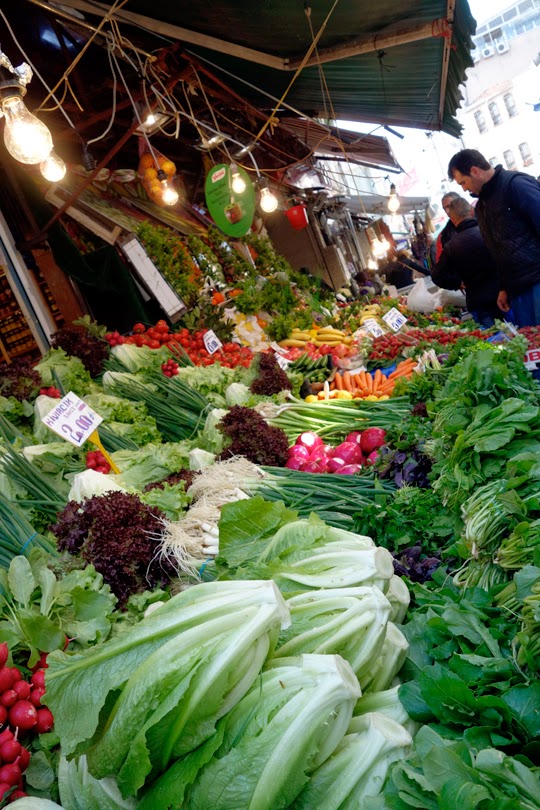 These are ropes of dried tomatoes, peppers and eggplant. 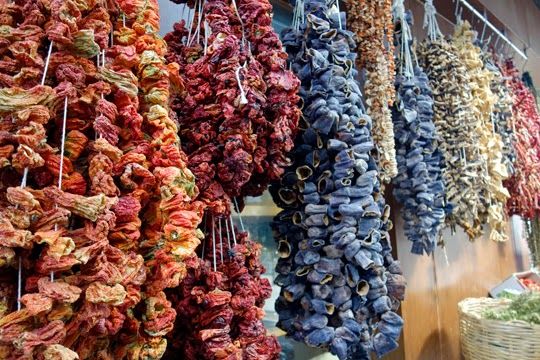 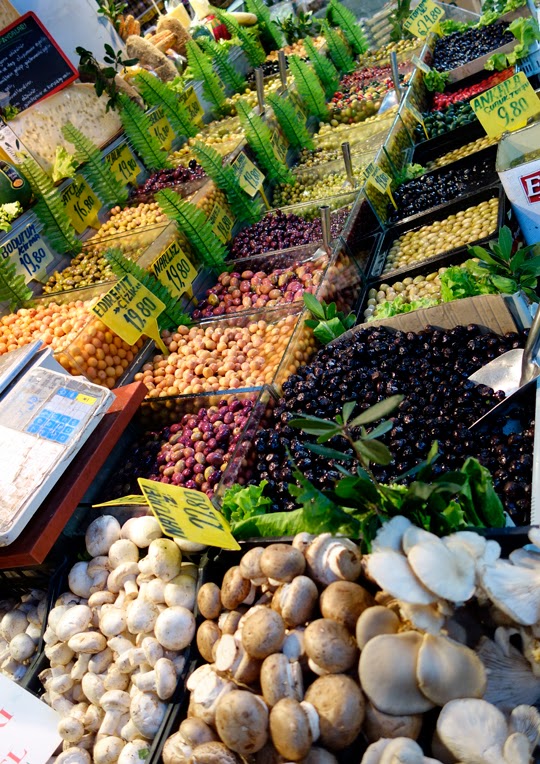 We wandered around for an hour and had a beer on one of the pub streets that looked almost german with carved wood and cobblestones. The political candidates’ motorcade crossed the city surrounded by flags and supporters. 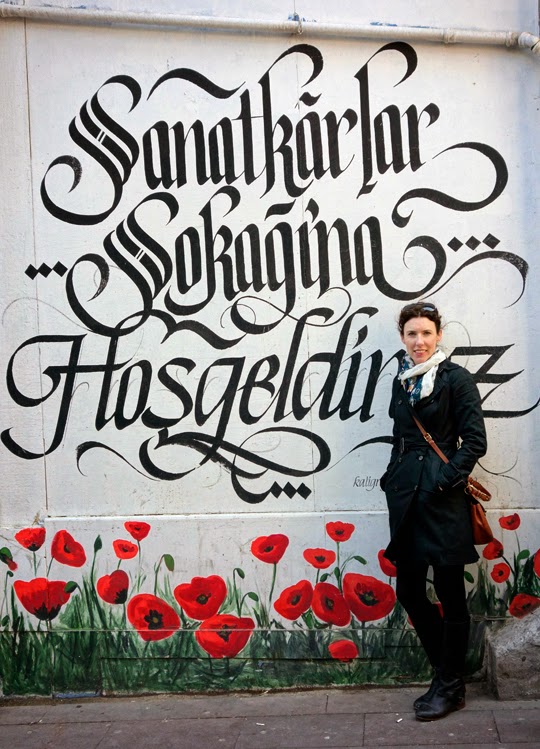 It was getting really cold and windy, so we stopped in for an early dinner at Ciya Kebap. This restaurant had a long profile in the New Yorker a few years ago for reviving Turkish home cooking. The article brings up that since the restaurants and street food in Istanbul are almost all run by men, a lot of the home-cooking recipes traditionally made by women are hard to find.  Really good meze (appetizer) spread followed by lamb in a pomegranate sauce with eggplant and lamb stuffed artichoke. 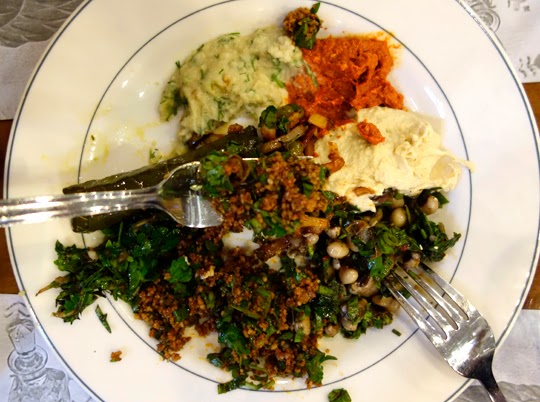 The rally was just starting to wrap up when we hopped on the ferry back to Beyoglu. The boat was full of supporters of all ages, everyone tired and cold. The tea service trays came around in silence. You can get a tulip glass of tea with saucer and everything for just $0.50 on the boats.

A three person band with a clarinet sat down. They started playing what sounded like klezmer-style folk songs to me. All those tired political supporters started clapping, singing, waving flags and crying along with the music. It was a beautiful moment of hope. Watch the video on my Instagram feed.

As we got off the ferry to walk home, I felt overwhelming love for this city with its cats and mosques, fish markets, narrow corridors and cobblestone streets. 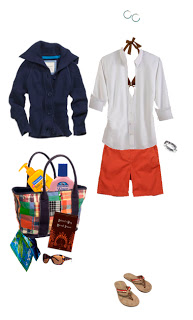 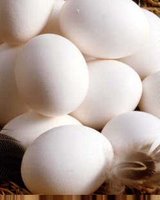 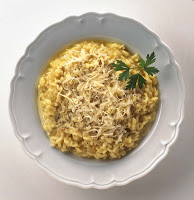