One of the upsides of my trademark no-planning travel style is that we’re often quite surprised by what we find along the way. Kos is basically un-Google-able thanks to the Greek alphabet, which only adds to the mystery of our explorations. 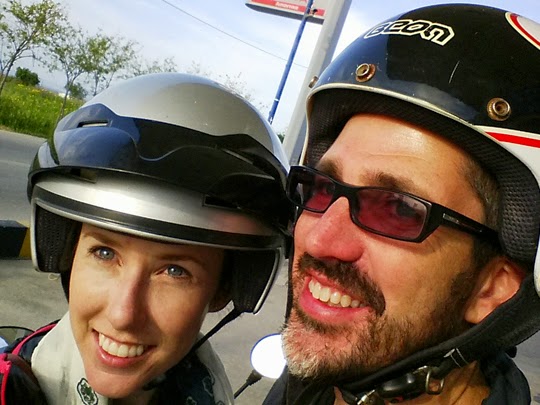 So back to it, with part II of our Sunday scooter adventure. We have just finished lunch in Mastichari and are headed up to the hills in Kos. We get lost following signs for “Old Pyli” and start to run out of gas with our tiny, fuel-guzzling scooter. Since we’re up on the hillside, we decide to chance it figuring we can always coast back down.  I’m so glad we did, because the old city of Pyli and castle was an amazing sight. 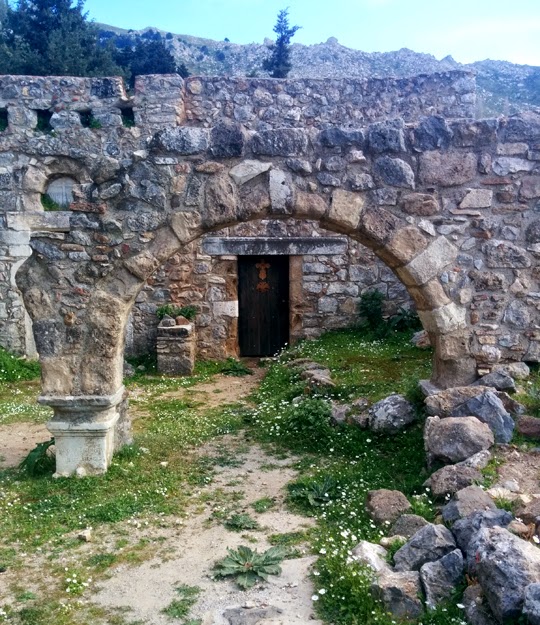 Way up in the mountains, in a rocky pine forrest covered in wildflowers that looks straight out of Sound of Music, is the former capital of Kos from the Byzantine era. 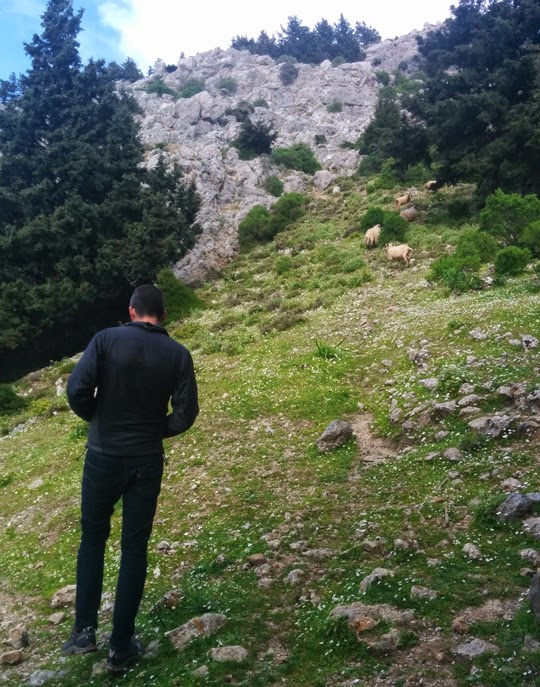 It’s now populated by herds of sheep and goats with bells on. Here’s a short video from my Instagram of the pretty noise the bells made. 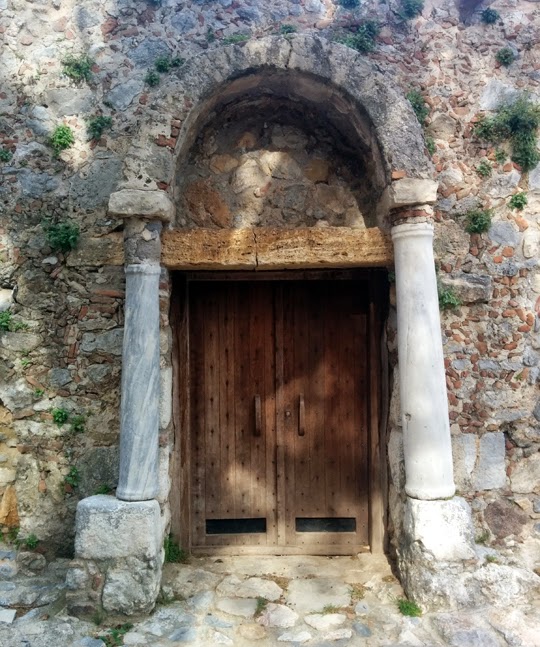 The town was massive, with churches, monasteries and a fresh creek running through the whole thing. We then hiked up to the castle on the very top of the rocky mountain. This is the original Byzantine gate overlooking the coast. 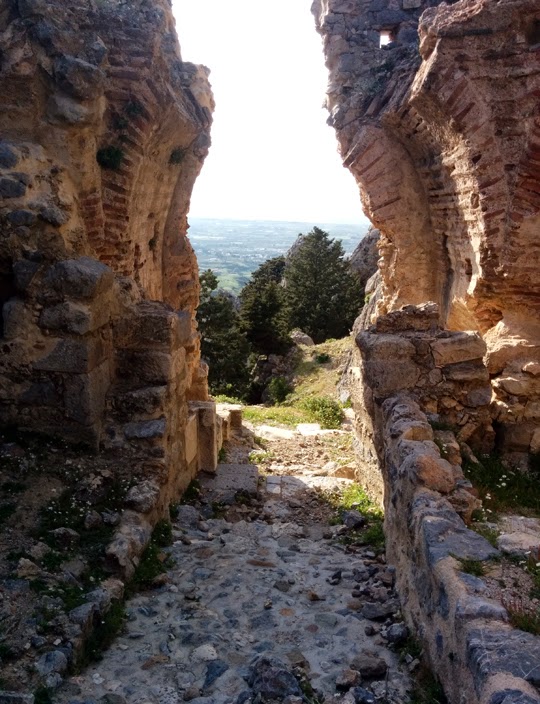 It’s an impressive site to wander a medieval castle on a mountain top, alone with just the goats. 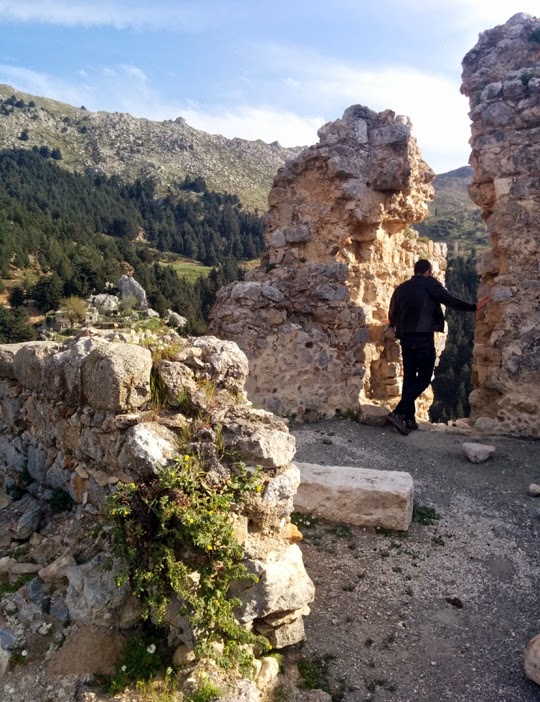 Eventually, it was time to return to the scooter. We coasted down the hill with the engine off, getting a few strange looks from locals because there was essentially no gas left. Thankfully, we found a station right on the main road and filled up with another 6 Euro’s worth.  Back up in to the hills to explore Zia. We got kind of lost again and our little scooter couldn’t make it all the way up, so we parked it in a rock quarry and started hiking. The path became nicer and nicer: 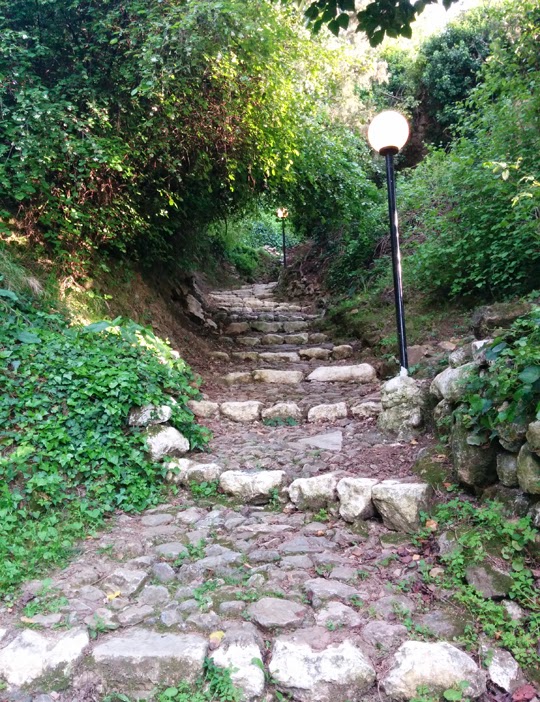 Suddenly, we were in an adorable Greek village of blue and white homes with creeks running through their courtyards.  It looks like the town bustles with tourist shops in the summer, but in April it was pretty silent. 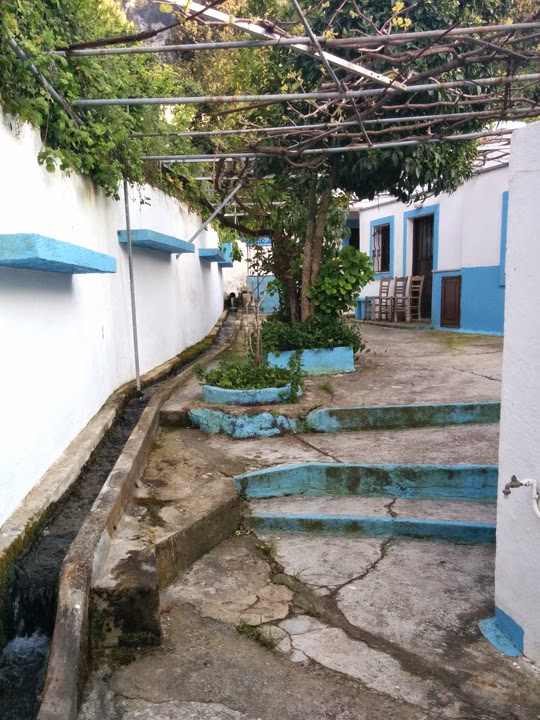 We found an open taverna on a terrace behind a Greek Orthodox church and ordered two drinks based on the owner’s recommendations: a fresh lemonade and a sweet cinnamon drink that is a specialty of Kos. 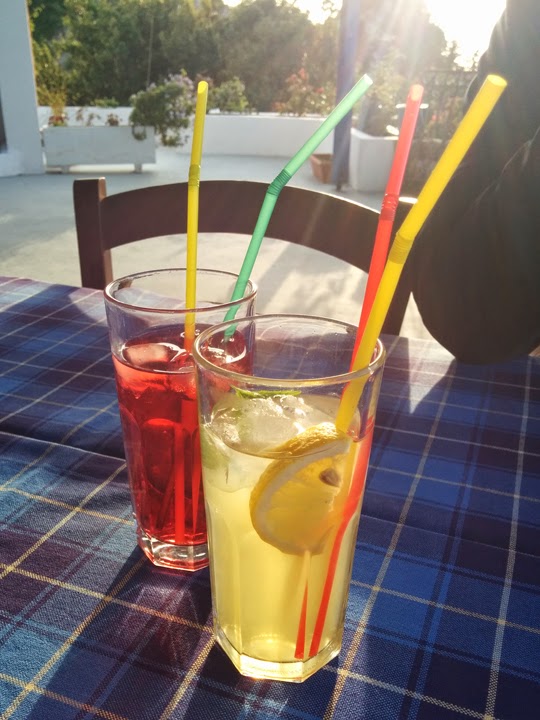 We sat on the terrace listening to Greek music and watching the sea for an hour or so. (Another short Instagram video!) 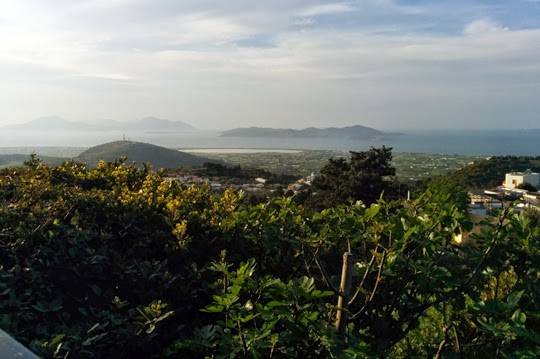 Not wanting to ride home in the dark, we dipped out before the sunset and hiked back to our bike to ride home.
Altogether, we spent more on gas than the scooter rental itself (Rob smartly thinks the gas stations should rent scooters for free, they’d make a killing!) and got a real feel for the Greek Island of Kos in a single day, as promised by the brochures!

Advent Calendar: December 22
Christmas is almost here! I don't know about you, but… 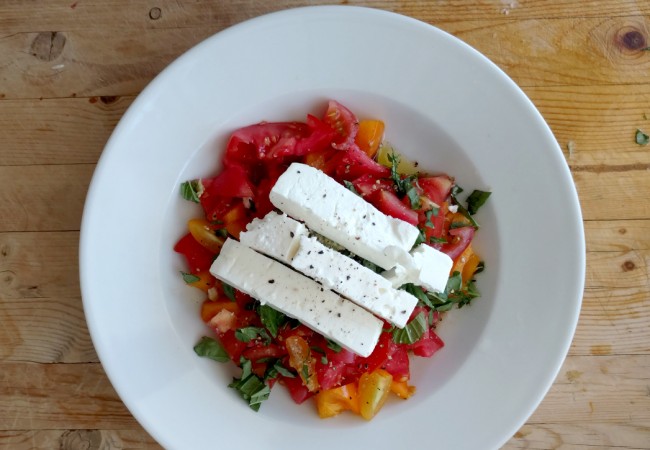 Tomato, Basil and Feta Salad
In pre-natal yoga last night, we talked about how the…