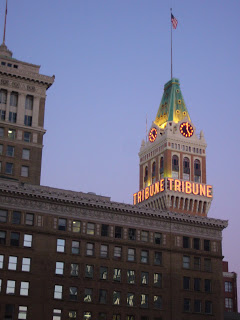 What a fun and unusual weekend! We did all sorts of good deeds and community activities.

On Friday, Rob and I took the tandem bike out to Chrome Messenger Bags‘ holiday party. Free Prohibition Ale, good music from a band called In the Dust and a very diverse crowd. There were – I kid you not – at least nine 23-year old women in identical outfits: black tights, boots, black tunic top from Forever 21 and a vest. If you wanted to know what the kids are wearing, there you have it! Add to that a bunch of hard-core bike messengers with tattoos and shaved legs, at least one person dressed as Elvis, and some older bike advocate-types.

It was a great time…made only better by a late night stop at one of my favorite hidden SF spots. A mobile crepe wagon that is only open late at night and run by what I think are French-speaking Algerians. We first discovered this place back in 2006. Delicious and cheap. Rob had a cinnamon applesauce and I had honey with almond powder. Back home on the bike at 10:00.

Saturday, I got up early and took the train to Oakland to be a speaker at an all day conference for work/my own charitable purposes hosted by the YWCA. It was a lot of work, but rewarding too. I probably met 50 new people that day, which is about 45 over my normal tolerances as a fairly shy person at heart. The photo is from downtown Oakland on my way home. Back home at 5:00, I crashed and barely managed to get a few Christmas cards written before turning in.

On Sunday, another early start. Rob had signed us up to volunteer with the SF Bike Coalition. We met them downtown at their offices in a fun old art deco building. And then drove over to Somarts to set up for the big Winterfest fund raiser. By noon, we had moved all sorts of boxes and bike racks.

Fully exhausted, we ordered a pizza at home and watched old episodes of the Daily Show for a few hours. Margaret came up at 5:30 and we went to Winterfest. Free Fat Tire beers, cookies, food and some great silent auctions, all to support the Bike Coalition and its 10,000 members. A super fun event full of all kinds of San Francisco characters.

On the way home we stopped AGAIN for crepes on 11th street. Bliss! Two crepe stops in one weekend. I went for lemon and sugar this time. Back at home, we watched a cheesy Hallmark movie before getting ready for the week ahead. 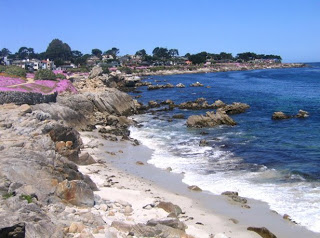 To Do: Mini Vacation
Rob and I are off for a quick jaunt this… 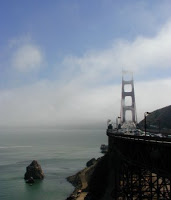 Urban Girl Alamanac: Tough Week
I hope I don't have another difficult week like this… 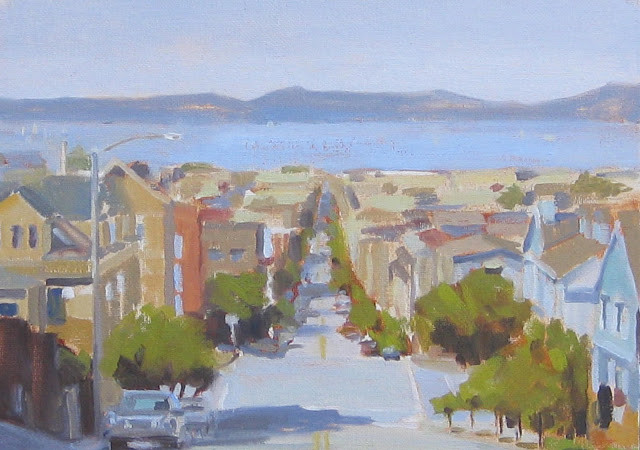