Despite having my third, maybe fourth, terrible cold of the year – this was a grand weekend. It was sunny and warm in the city and we went on a few adventures.

Friday night, I had tickets to the opera but had them moved to later in the month since I was sick and hadn’t had a real night off in over a week. After a quick run to the Ferry Building for bread, I had a terrifically lazy night watching movies and sleeping.

Up early the next morning for Mountain Play – our annual tradition. Margaret and I met Matt, Amber and the twins at the top of Mt. Tam at 9:30 in the morning. Loaded with a feast and supplies for two babies, we found a shady spot to make camp. Wilson and Cole kept us well entertained until Rob arrived by bike a few hours later. We even took them for a small hike. 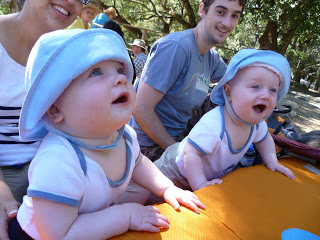 Matt and Amber did a great job of keeping the babies cooled, fed, napped and entertained – this was their longest time outside yet. The kids were naturals; loving the music and maybe remembering their visit last year, a few weeks from being delivered. 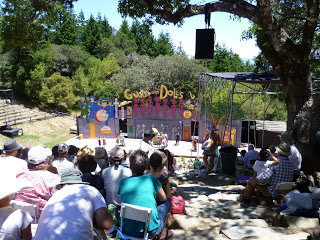 The show started at 1:00. Guys and Dolls is one of my favorites and the cast did a fantastic job singing and dancing despite the heat. We shared an enormous picnic that included roast chicken, three loaves of Acme bread, lentil salad, three cheeses, pepper salami, veggies and hummus, cherries, apricots, chips, lemon cookies, champagne, mint iced tea and wine. 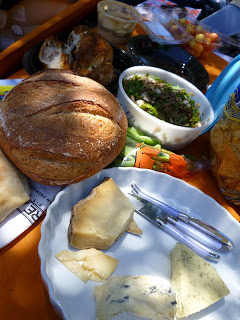 The show ended with great fanfare and we packed up to head home. You can practically see Hawaii from the top of Mt. Tam and all that blue ocean was just too tempting. 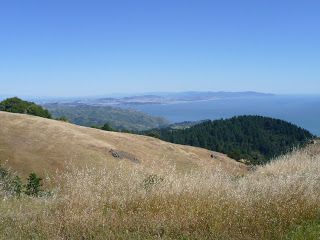 Instead of driving home, Margaret, Rob and I made a stop at Stinson Beach. Sand, handstands and wading in the cold ocean were exactly what I needed 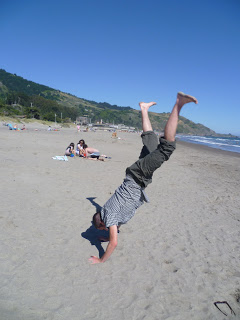 On the way home we briefly rescued a dog from the road and had Slurpees from 7-11. We dropped Margaret off at the train at 6:30 and went home for naps and a dinner of sandwiches made with picnic leftovers.

Up late the next morning. Rob brought me the Sunday paper along with coffee, bread, butter and jam in bed. Bliss. I read the whole paper from cover to cover before getting dressed before noon. Rob went to volunteer at the Giants game and I took the car to be washed. While over in NOPA, I picked up a sandwich from my favorite spot King Foot Subs. I drove over to Crissy Field to have lunch and read for a bit. 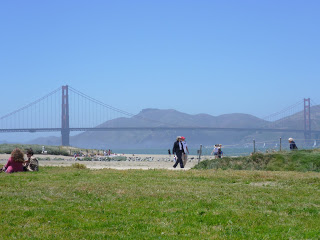 Groceries on the way home, more napping and reading in the afternoon before making a big dinner with Rob, including fresh cherries.

To Do: Host an earthquake centennial party
The 1906 Earthquake Centennial is a big deal in San…