After the long day of wine tasting in Penedes, we had a quiet night at the Hotel Guilleumes in Monistrol de Montserrat and had breakfast in the hotel restaurant. Rob and Matt set off for another big day of mountain biking across the countryside while Lauren, Shane and I took the cremallera train up to the monastery. 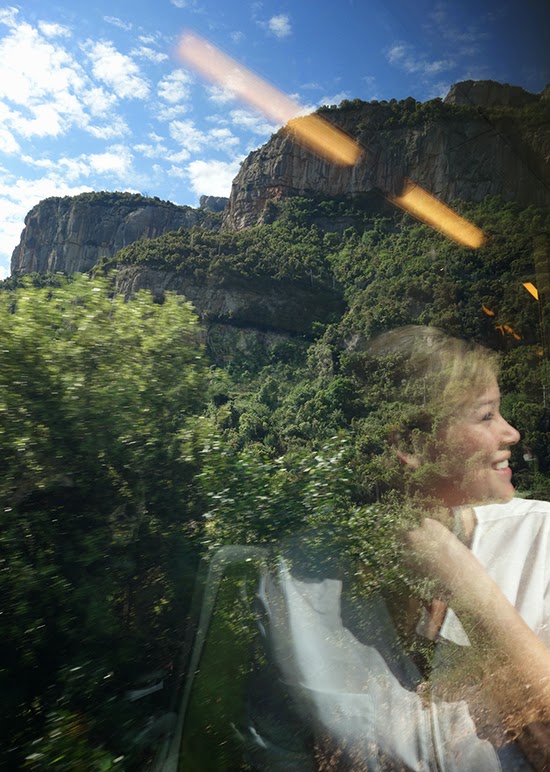 A fun mix of cyclists, rock climbers, Japanese tourists and local family-units from the valley up for Sunday mass at the summit. 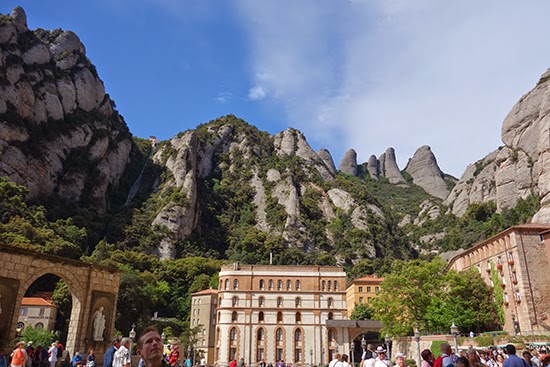 The views down to the rocky terraced valley are really breathtaking. 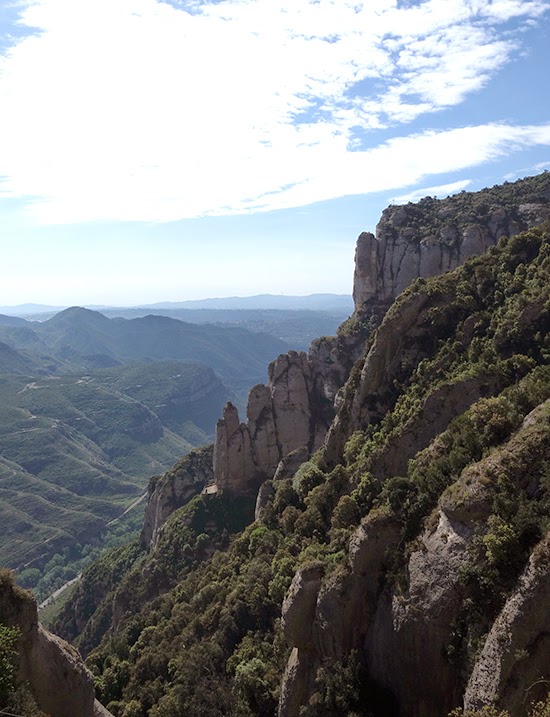 We purchased a half a wheel of herbed sheep cheese, rosemary honey and fig pie from the farmer’s stands running along the entrance. The same delicious trio that Rob and I loved to eat in Greece and Croatia last spring. 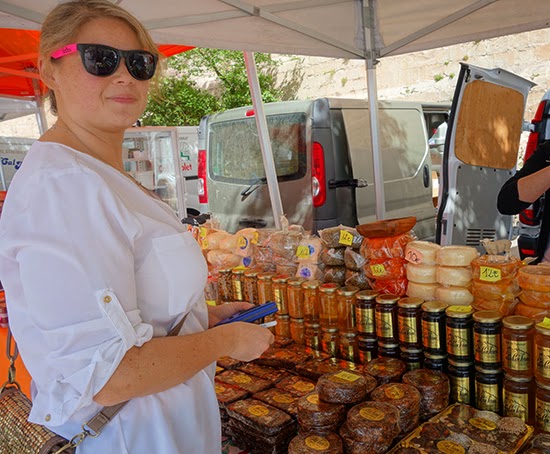 Lots and lots of bell ringing – echoing around the rocks – told us we should slip into the main church to watch the start of mass and to hear the famous boys choir singing hymns. We ducked out early to explore the art museum included in our train ticket passes. A bit of a “trail mix” collection donated by various patrons – everything from an Egyptian mummy to a Monet to 1980’s macrame art. Here’s a painting that gives you a sense of the landscape on Montserrat. 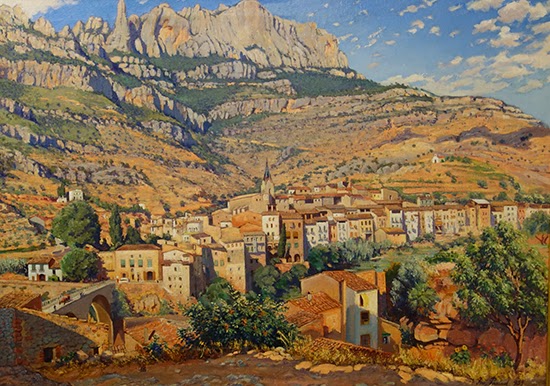 Wandered around the hillside for a bit longer, stopping to eat the cheese and honey on the church steps and step into the tiny reading room in the cloisters before taking the train back down to drive to neighboring Manresa. 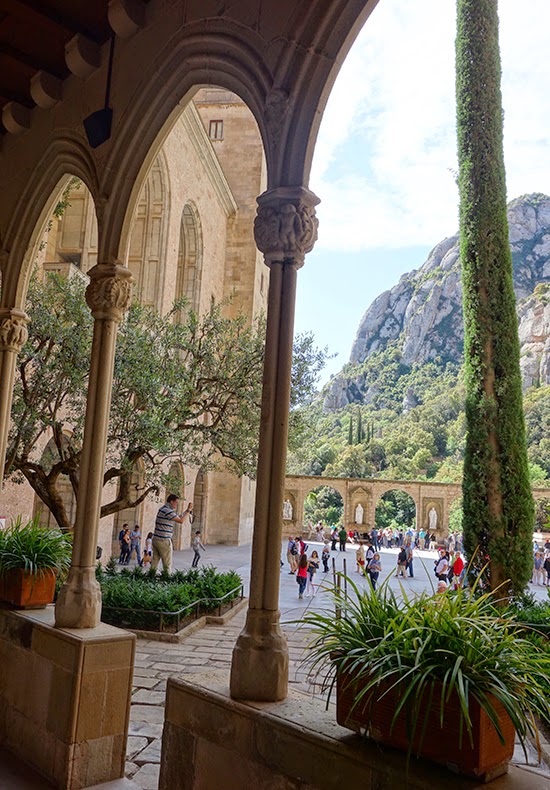 Manresa is a small city with important Jesuit ties, a history as a Jewish community and a wealthy past in the textile and glass industries. It has a very large Gothic cathedral in the center, the Santa Maria de Manresa. 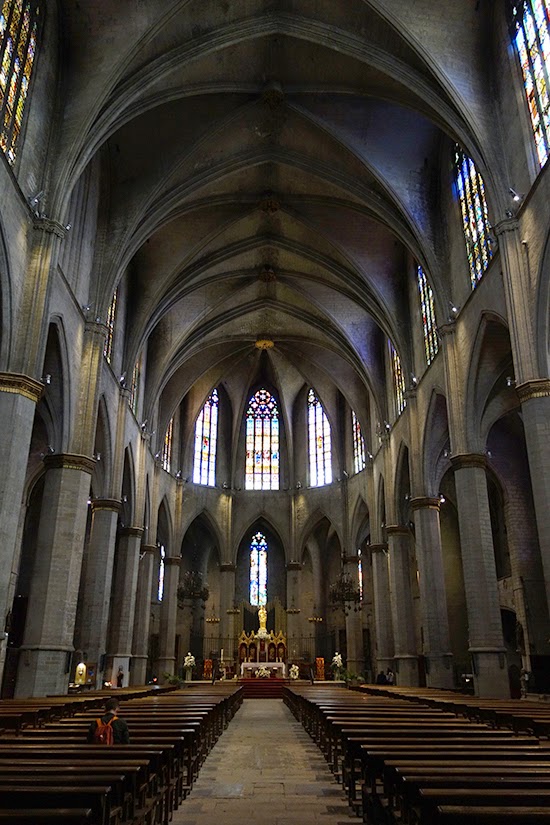 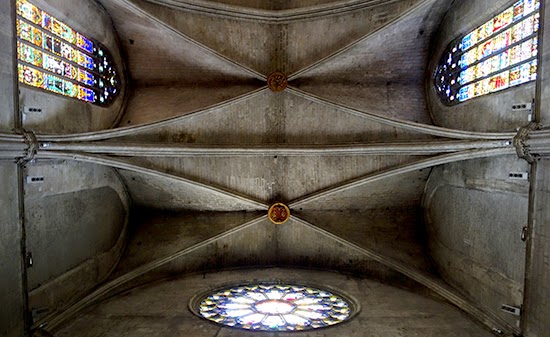 We had just 20 minutes to walk through the cathedral and visit the different chapels before siesta began and we needed to find lunch. A nice woman at the tourist information office directed us to a local favorite for Sunday lunch: a white tablecloth, dessert cart kind of place called La Cuina that was the favorite of every grandparent in the village. Excellent service and food. They started us with saucers of cava and croquettes. I had fisherman soup served from a big tureen. Lauren had a squid ink pasta and Shane had a roasted leg of kid goat. After the very long lunch, the street fair in town was just starting to wake up. We browsed various stalls selling handcrafts, meats and promoting the local universities. I made a new best friend in this adorable olive farmer with bushy eyebrows who informed us he was Catalan to the very core – and had the traditional beanie to prove it. The town’s jewel of a modernist casino has been turned into a lovely, if also needing a new coat of paint, public library. Now, it was time to drive to our new city: Caldes de Montbui for the night. We had a quick journey followed by a bit of mayhem when Google maps took us the wrong way down the town’s tiny medieval streets. We got lost several times and caused a bit of a dent on the car before checking in to the Hotel Victoria Thermes. Straight out of Grand Budapest Hotel – this “sanitarium” had a large dining room, piano parlor, card room, library and courtyard. I was shaken from the drive and drank brandy while swimming in the warm outdoor pool until the boys arrived from their ride. We all went for very good pizza in the village and then walked through the old roman bath and hot sulfur fountains. 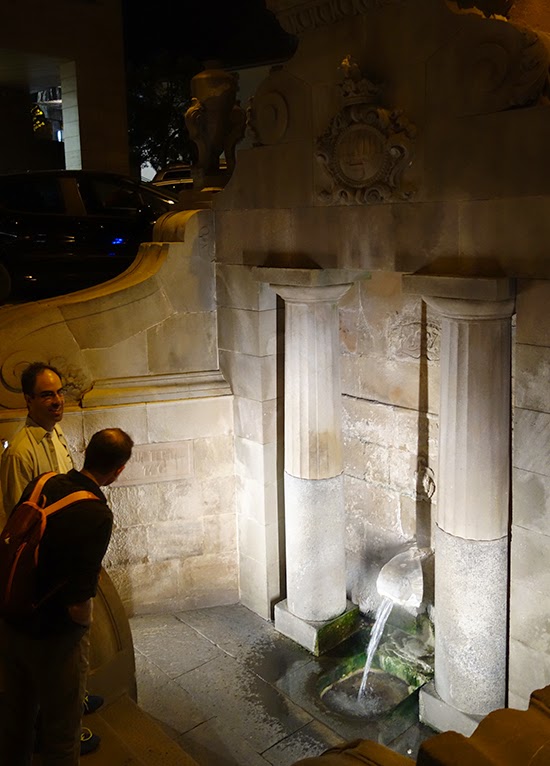 It was election night in Spain. City hall was busy with vote counters and the local party was out celebrating their victory.

mrsem
Related Posts
Blogging about politics is bad for the complexion
Enough political blogging already! As upset as I am about…
Bridesmaid Dress Inspiration
I'm only having three bridesmaids, so finding dresses should be… 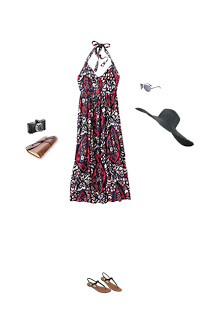