Things began looking up the minute we started leaving Fes. We loaded our bags into the handcart pulled by our host’s father-in-law and left the medina for the last time. 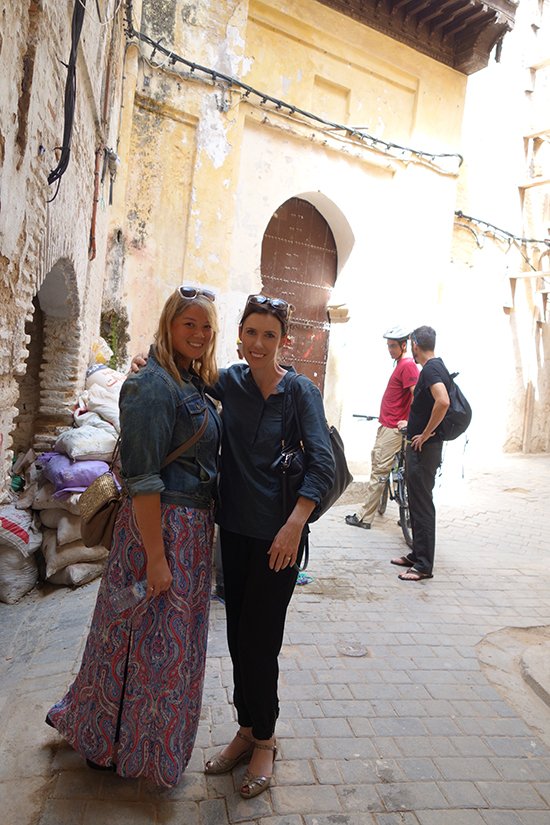 We had asked for a large car to take us and the two bikes to Chefchaouen, but last time – that resulted in a Mercedes sedan. We were pensive, waiting in the shade of the kasbah wall for the car to show up. 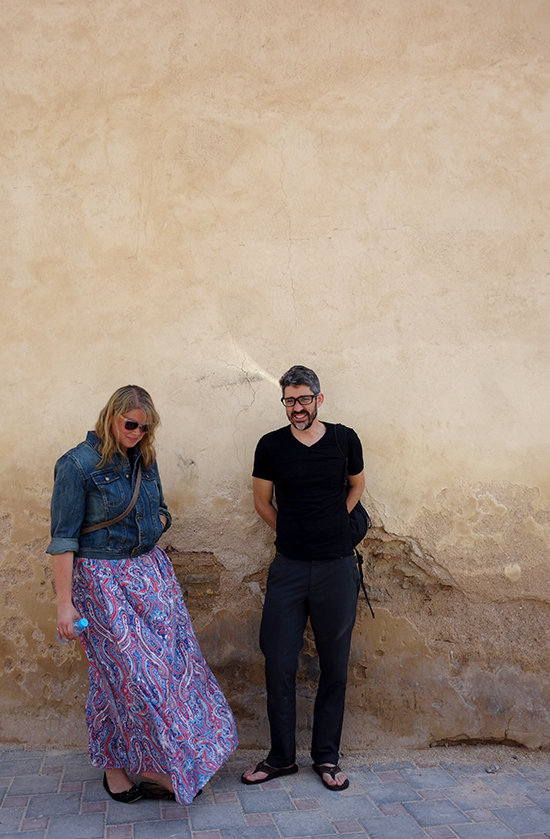 Look! A real car! We were ridiculously, overly excited when this van appeared. It even had seatbelts! 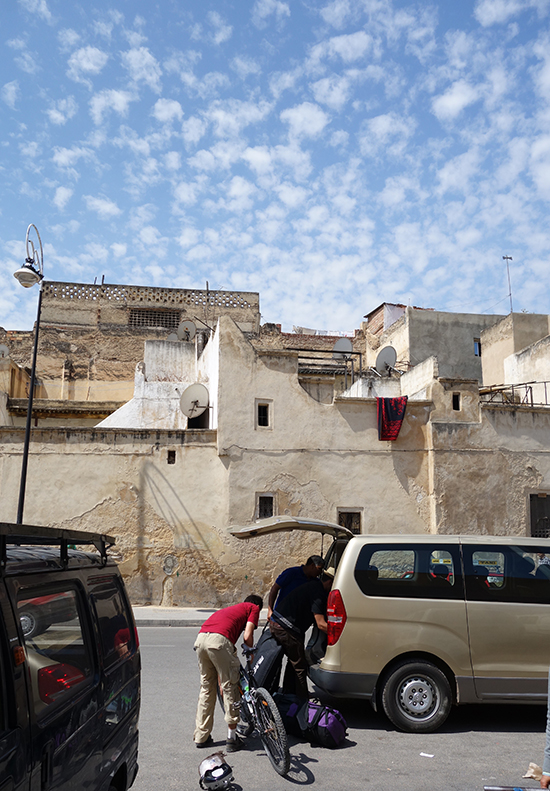 Our driver Ahmed was a young guy with a law degree and a British girlfriend. We hit it off well from the start. First drove past the King’s farm on our way out of town and through a lot of police checkpoints. Stopped at a valley with a lake for a picture and to stretch our legs. Rob, still sick, had a seat that reclined back very far and slept most of the way. 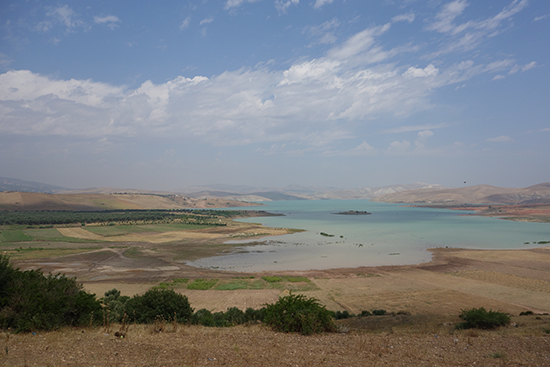 Things started getting a little greener – and very familiar to the California countryside. It is wheat harvest time and farmers were out with sickles and donkeys, harvesting on the hillsides. All the way, we listened to 90’s pop hits from the US. Stopped for lunch in Province of Ouezzane – at a simple roadside cafe where men were playing backgammon and drinking tea. We had good grilled rosemary chicken with rice pilaf and bread. Our driver and the owner had an argument when he refused to inflate the price of our meal (about $11 for 5 people) and take a cut from the bill for himself. Back on the road, it rained on and off. We passed pungent olive processing farms and tiny villages where young boys rode donkey carts to fill up water tanks at the main well.

We arrived in Chefchaouen just about five hours later – with thunder clouds rolling in the hills. Hooray! 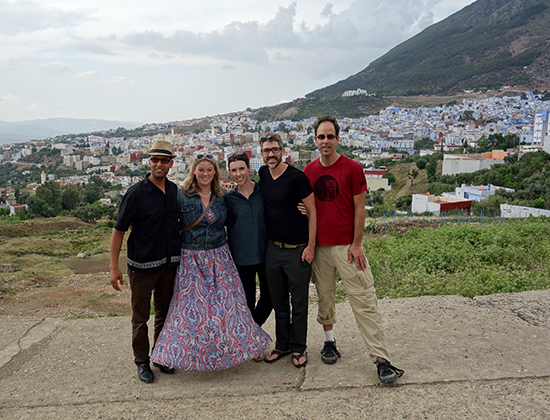 Ahmed reluctantly handed us over to a group of people to help carry our bags to the hotel and we bid him goodbye. The total for the drive was $150 and I would recommend Ahmed for driving around from Fes. He does a lot of Atlas and Sahara excursions apparently, for about $130 a day.

We made it through the rain and to our charming petite hotel, Riad Gharnata, where we first met the cast of characters who would become our very own Moroccan tribe: Zuhair (the funny ringleader), Abu (the sweet one) and Monica (the housekeeper/cook who is secretly the boss of them all). They invited us for tea and cookies in the lounge after dropping off our bags. Everyone fell in love with “Miss Lauren” instantly. The rain stopped and we ventured out to explore. Chefchaouen is a small mountain town, painted blue because of it’s history as a Jewish enclave and only just returned from Spanish control in the 1950’s. It’s a popular day-trip destination for Moroccans and westerners alike. Most people just stay one day – enough to take pictures in the blue streets but the town has lots of charms for a week-long visit.

On one end of town, a waterfall runs down the hillside. Shaded with fig trees, there’s still an active clothes-washing house on one side – just like the one we saw in Vence, France. 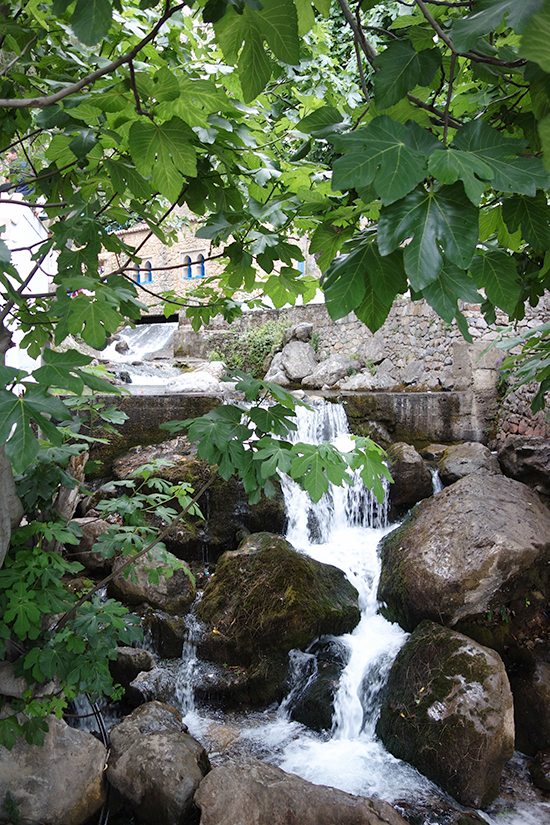 We hiked around the top edge of the city and over to the Atlas Hotel hill – where there’s a soccer field and a locals catching the breeze at the end of the day. 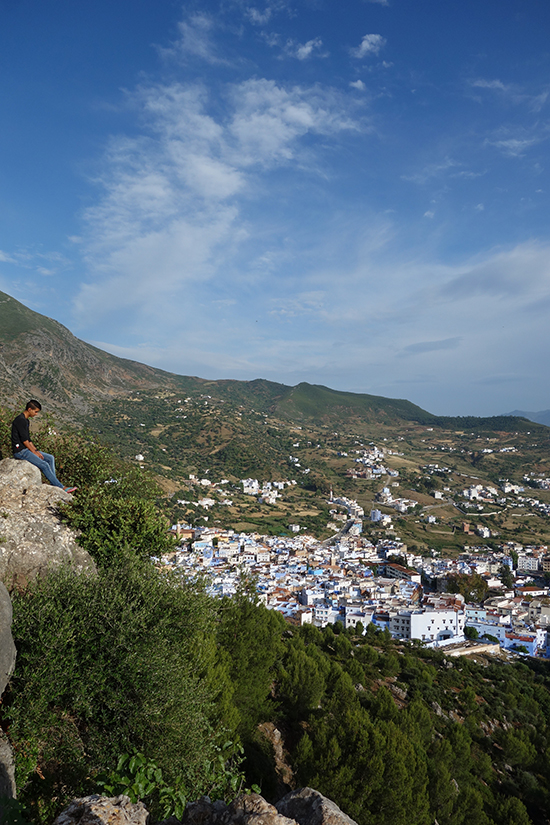 This hooded, rough-wool kaftan is a traditional men’s outfit in the area. It is about 10 degrees cooler here than Fez in the day and about 20 degrees cooler at night. In the winter, it snows a bit. 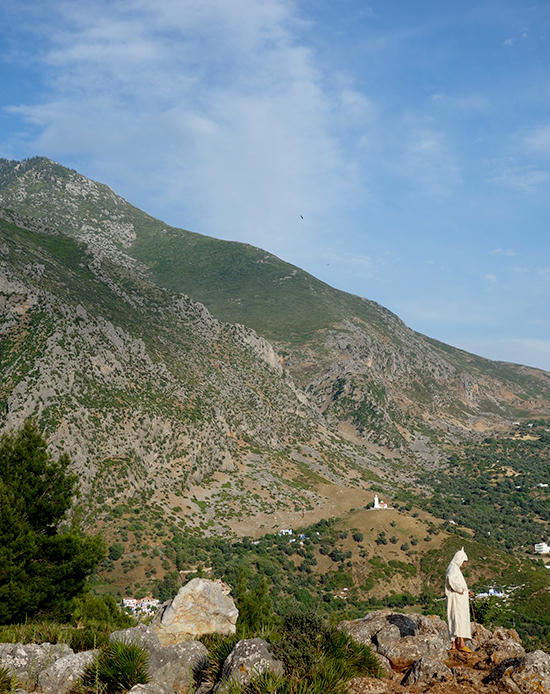 We walked back down through some groomed gardens, with a few wandering goats and sheep passing through to return to the hotel. Matt went to the market to pick us up tomatoes, cucumber, three kinds of bread, the local soft goat cheese and olives for dinner on the terrace. 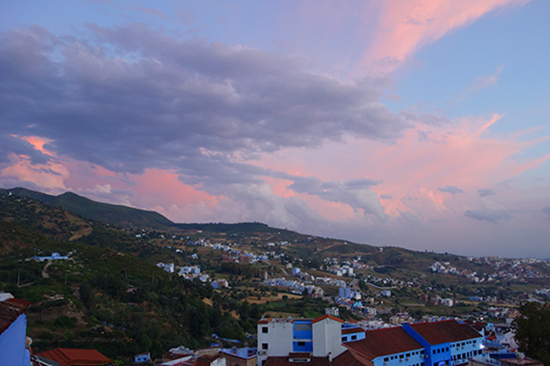 There was a pretty almost full-moon rising over the thunder clouds. 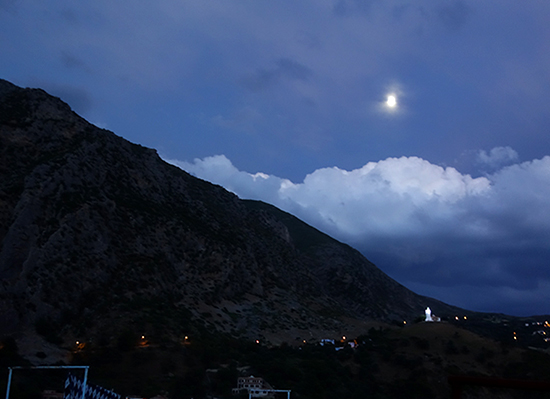 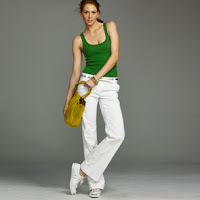 To Do: Wear Pants
I've recently decided that I hate, not all, but most… What to Wear: Holiday Parties
For some reason, the holiday season always makes me think…