I’m throwing a shower in August for a friend who is getting married a couple weeks before us. She’s very outdoorsy; a great climber, kayaker, hiker, etc.

So I’ve been toying with the idea of a shower that is 2 parts elegant tea party with 1 part camp flair:

Flowers – “Wildflowers” in tomato cans or something else low key.
Favors – A red carabiner would be a handy party favor. She’s marrying into a Chinese family, so I want to incorporate the lucky red color as an accent.
Food – Lots of delicious tea sandwiches. Served with little cups of homemade tomato soup.
Activity – Pub quiz! Related to a traditional shower game, but more fun. I could customize the questions to be about camping, etc.
Gifts – Encourage people to bring “gear” gifts from REI.
Dessert – A gourmet version of dirt cake could be fun. I could make chocolate ice cream from scratch.

What to Wear: Gray Boots
Boots! I love them, wish I had more of them…

Crafy: Holiday party invitation
Instead of using Evite this holiday season...why not make your… 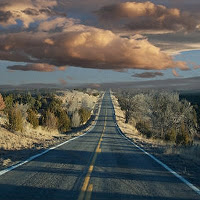