This was a mellow weekend; a much needed break after a very busy week at work. Quiet night on Friday since we had to get up early the next day.

I dropped Rob off for a camping trip with his friend Peter at 8 am. And swung back from Cole Valley to Russian Hill to pick up Margaret for the Oakland White Elephant sale. We got there about an hour early and waited in a long line to get in at 10. They had some publicity this year and it was packed. Four hours later, we emerged dazed with some treasures. Vintage stationary and a mustard silk scarf were my favorite finds. 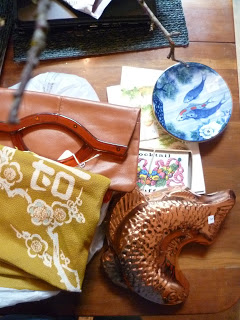 I was still exhausted from the long week and took a nap once I got home. After that, two hours of working out while watching the TED talks on Hulu. I made a big healthy dinner and spent the evening working on a rabbit engraving for Easter. 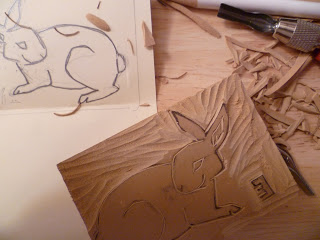 Late at night, I took a quick look at Craigslist and found a major treasure. A dining room table! I spoke with the owner an arranged a time in the morning for a closer look.
A rainy Sunday morning. I had a couple hours in the morning to read the paper and eat breakfast of coffee and yogurt with cherries and almonds. 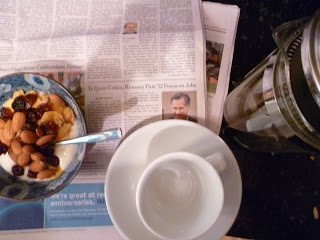 There was trouble with our garage, so Margaret came to get me in a Zip Car. Visited the lovely table and turned over a check immediately, more details coming soon. We swung by the Castro on the way home and then parted ways when she returned the car. We met up again at The Grove to share a breakfast burrito for lunch. 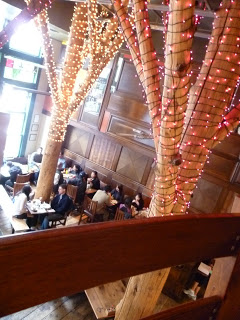 Rob called to say he was headed home early due to the rain. Margaret and I booked it to farmer’s market by subway. Still wintery, although there were a few expensive strawberries for sale. I bought beets, turnips, pea greens, broccoli, kale and grapefruit. 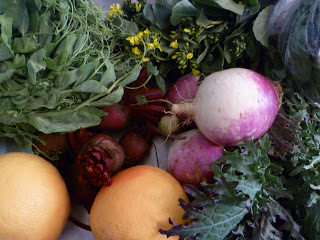 Back to The Grove to meet up with Rob having some lunch. Then home to the apartment stopping at the art store. Rob and I sat down to watch a movie, but both fell asleep. In the evening, I worked on printing the rabbit engraving on fabric and making a big dinner of pasta with lentils, kale, green olives and pepitas. 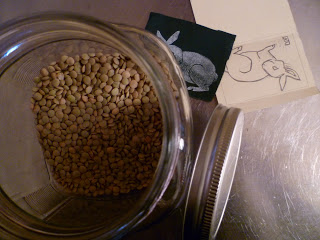 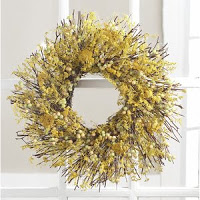 Wedding Wednesday: Wreath
Our wedding venue has a cute round door between the… 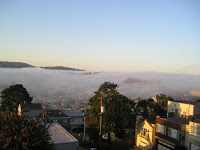 Urban Girl: What a Week
This was a long, strange week. The weather was moody:… 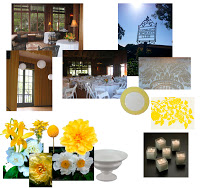