Is there anything better than a weekend spent attending and hosting holiday parties with good friends? This was a very festive Christmas weekend. After the tragic news on Friday – the time together seemed extra special.

Friday night, Rob and I got dressed up for a party in Cole Valley with two of our oldest friends – actually, the people who inspired us to move to the city. We walked over to their house all bundled up. Brr! So cold outside. Fun party followed by a cab home at 11ish.

On Saturday, I woke up early for a hair appointment. Really cold and rainy again – very wintery. With the car out, I made a big grocery run for our Sunday brunch party.   It was time for full on party prep once I returned home. Rob and I cleaned and decorated with a homemade garland of velvet ribbon, greenery and lights: 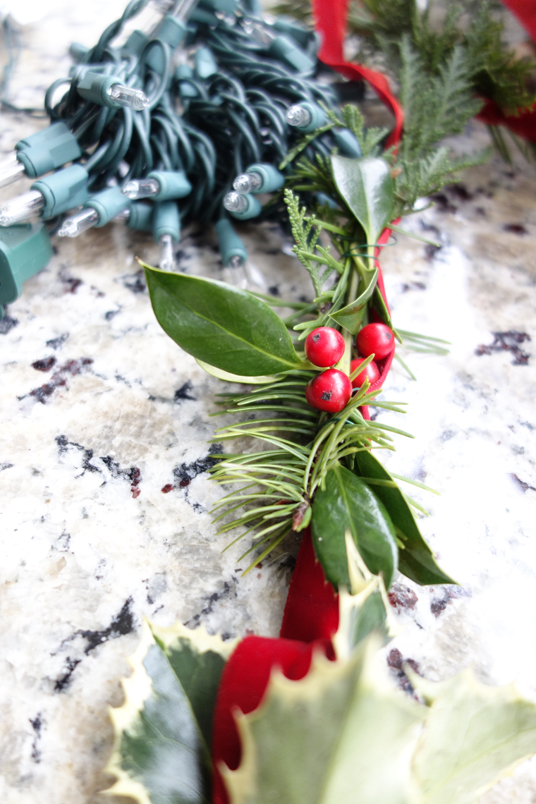 We cooked up a storm too: peeled and poached pears, prepped bread pudding supplies and trussed the ham. All while listening to Alec Baldwin’s radio show: 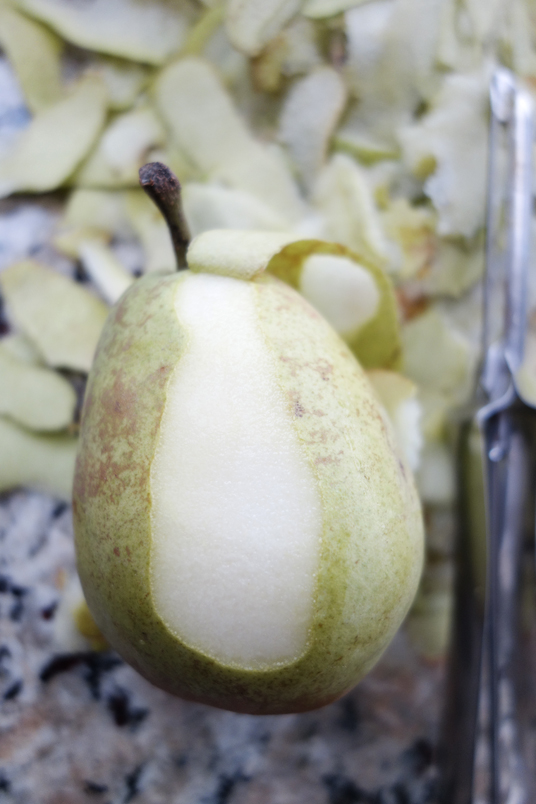 By dusk, the house was looking very festive and we were down to just polishing silver: 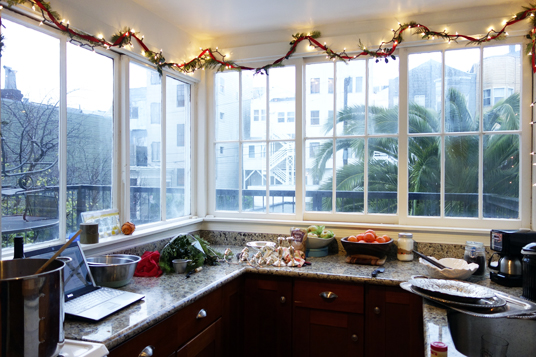 Dressed and bundled up for another set of holiday parties Saturday night.  First stop: Pacific Heights for a party of a co-worker. Then, over to Bernal Heights for another party that is an annual tradition. The hosts’ dog, Ino, is just the cutest: 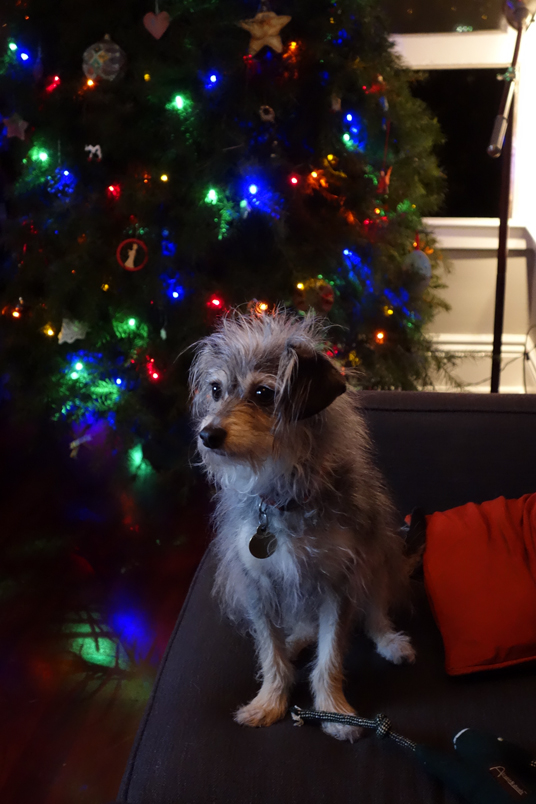 We left the party at 11:00 with the twinkling lights of the city in the distance and the sound of their player piano pouring out the windows – a great event! 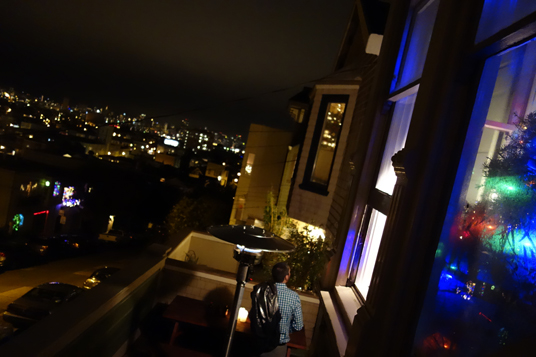 Rob woke up briefly at 6am to put the ham in the oven. I got to work at 8 on the final steps for the party. Assembled the bread pudding, made champagne punch and did a final sweep of cleaning through the house.  Jean and Trent arrived with mustard, Nicole with loaves of bread. More guests started arriving at 11, with lots of adorable children in tow. 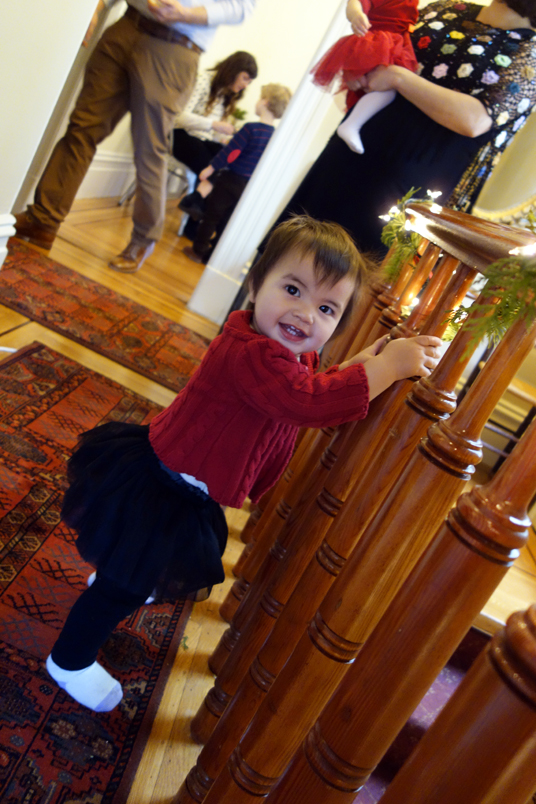 We had about 30 people arrive for the big brunch spread of ham, savory bread pudding, truffle mustard, smoked salmon, Acme bakery rolls and poached pears. Lots of coffee, punch and conversation! We used every single dish, glass and fork in the house. 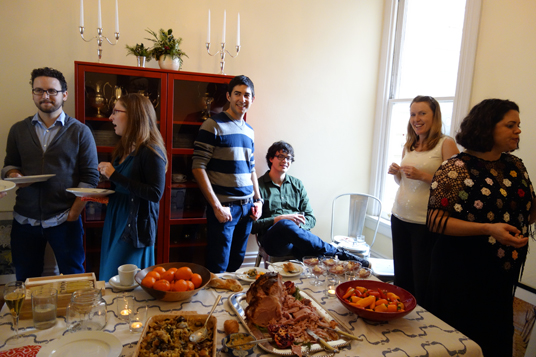 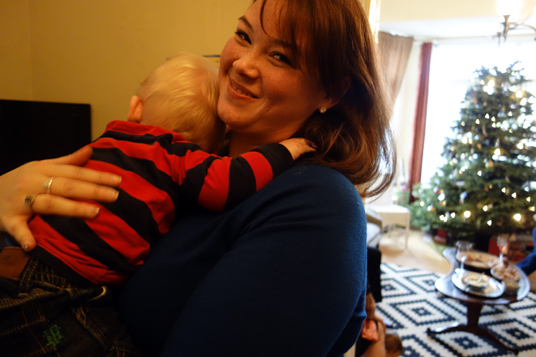 Jean and I played Lego StarWars on Xbox in between loads of dishes, before turning it over the controllers to Trent and Rob for their game. 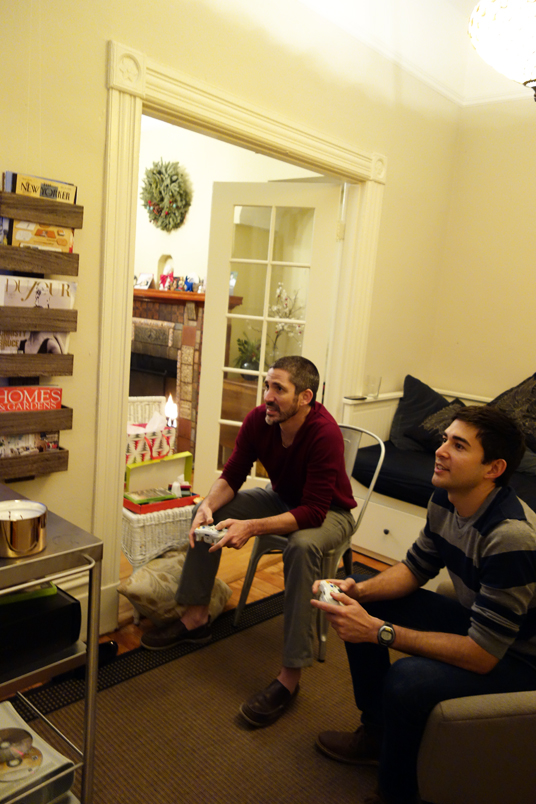 Jean and I wrapped presents until they had to leave for the drive home. By 7:30, the house was clean and Rob and I were tucking in to a sushi delivery for dinner while the fire died down in the living room.  I love the feeling of a house after a major party. What an excellent day! The Unexpectedly Wonderful Drive from Zagreb to Zadar, Croatia
I could hardly find any information on driving from Zagreb… 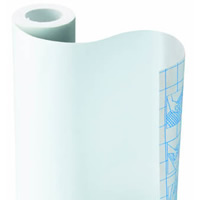