After a very long week at work, I was happy to take it a little easier this weekend.  On Friday, Margaret came over to watch Bridesmaids, eat pizza and find cute things on Pinterest.

Saturday morning, Rob left after breakfast for a bike ride and I drove over to meet Nicole for a late breakfast. We had juice and other healthy things at Plant.  Then she drove with me to Marin for a Home Depot paint run. 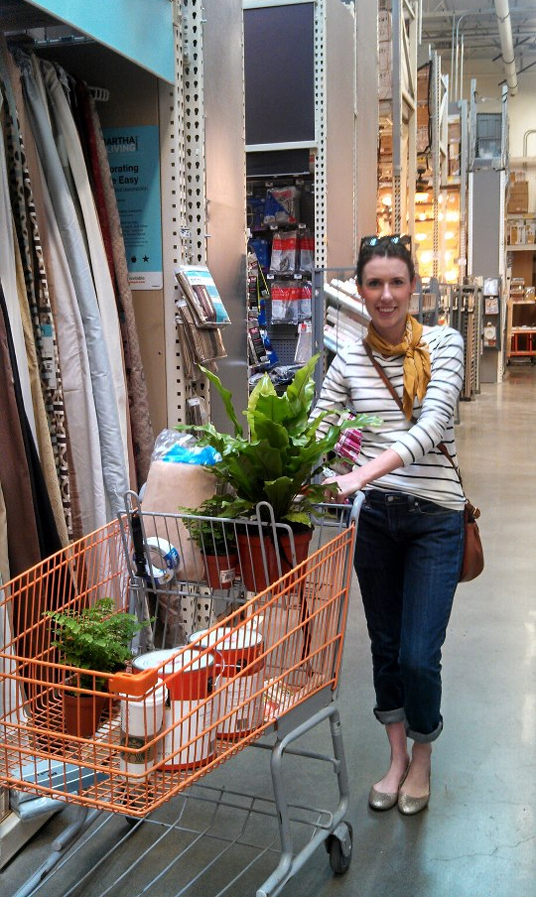 I’ve really hated the light yellow paint in our dining room since we moved in.  It’s so bland and clashes with the red cabinet and teak table. 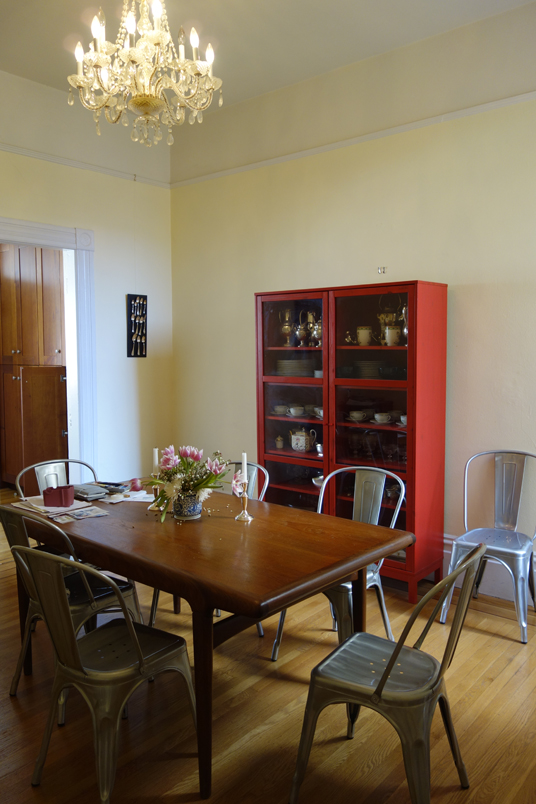 Rob came home and helped me paint the room in Behr’s “Hidden Peak” – a dark slate, blue that I’ve been stalking online for a while.  Even the first coat was a vast improvement! I can’t wait to have this room redone in time for Jean’s shower next weekend.  Stay tuned for after photos. 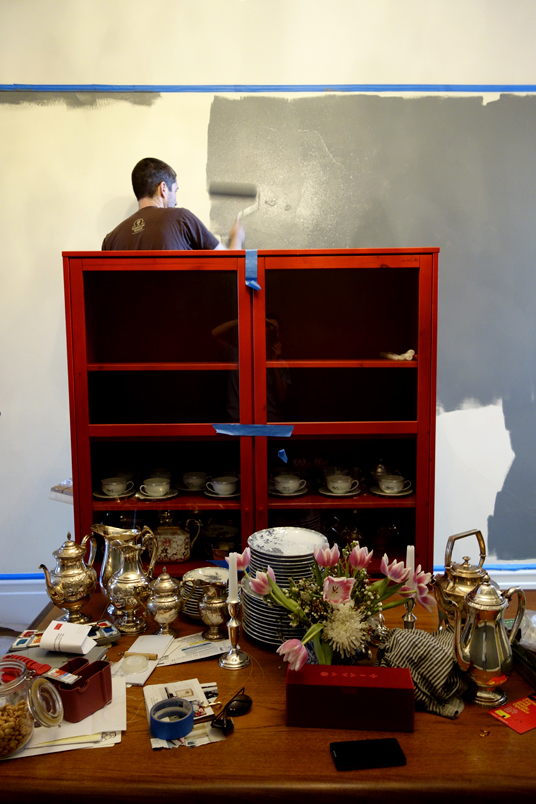 Rob and I attempted to go to the Chinese New Year parade but got detoured for food in Hayes Valley and then stuck on a subway car.  The doors wouldn’t open and we rode three extra stops with two other confused passengers before hitting the emergency button and being rescued by the driver.  By the time we got back downtown, the parade was over. The subway adventure was enough fun anyway, so we called it a night early!

Sunday, had coffee and cereal with the paper for an hour and then straight in to the second coat of paint.  We managed to finish and get the masking tape off in time to meet Nicole for a hike.  Rob biked over to Land’s End while we picked up sandwiches.  Met up together and had a picnic on the beach. 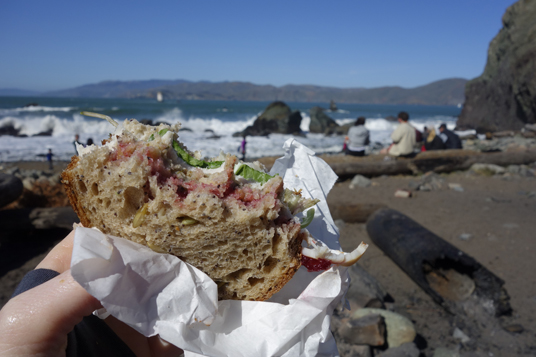 The three of us hiked all over the trails and out to China Beach, so sunny and warm. 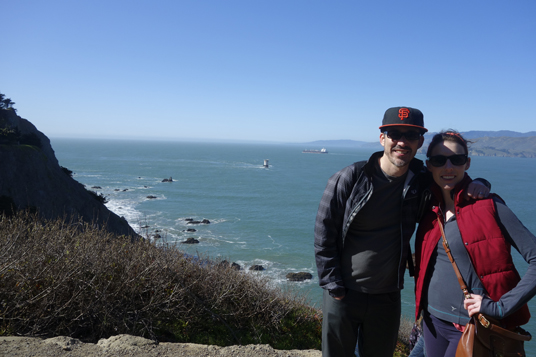 Spots like Land’s End really make this city such a gem. Can you believe this view from the trail? 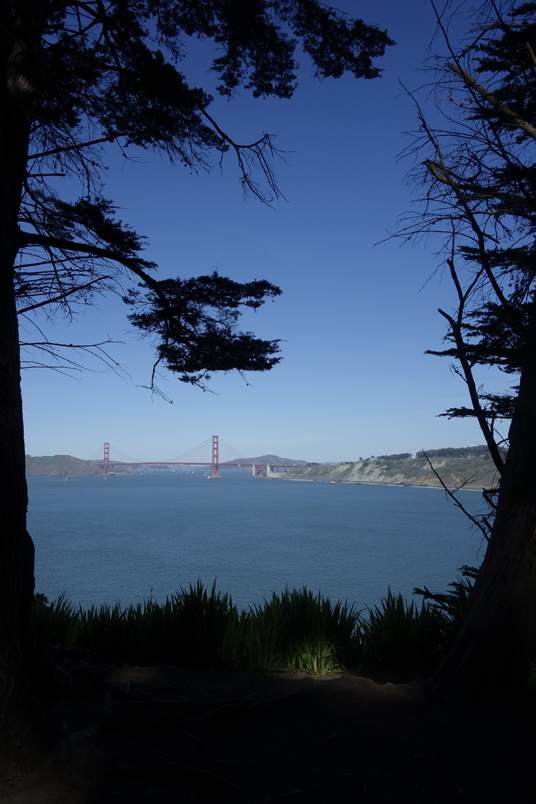 Rob decided to ride back with us in the car. Dropped Nicole off at her apartment and swung by Sports Basement on the way home for bike repairs and new workout pants. Back at home, I dashed off for a much needed mani-pedi down the block. My hands are sore from all the painting.

Rob and I had a quiet diner at home after I returned. Between the new curtains from last weekend and the new paint from this one…the apartment is starting to come together! 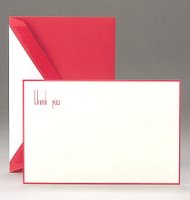 Urban Girl Tip: Explore your roots
I just discovered that the San Francisco Public Library has… 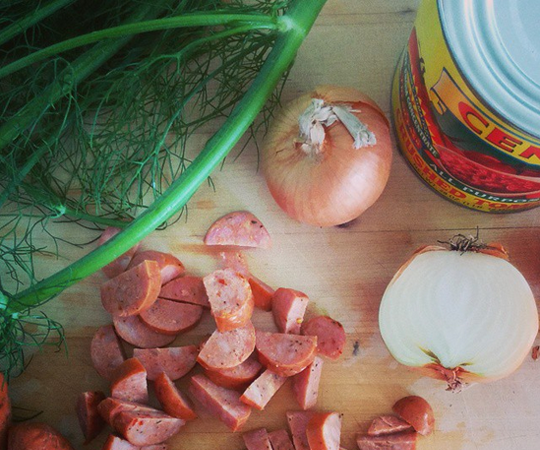