We are so lucky we get to stay a full week in each city as we travel. It takes a few days just to adjust to the rhythm of a new place. To figure out where the grocery store is, how to find your way around and how to not act like a idiot (or at least not feel embarrassed by it). By the end of the week, we’re usually feeling settled in to the routine.

This was especially true in Chefchaouen – where Rob and Matt had built up their own tribe of local mountain bike riders in the town. We couldn’t walk through the main square without saying hello to our various new friends by the end of the week. We had developed a nice community, in our favorite city in Morocco.

Each day started with a fantastic breakfast spread from the hotel staff – we picked the time and the terrace. (The following is an amalgam of a few different days, for brevity). Rob had been well trained in proper tea pouring technique. 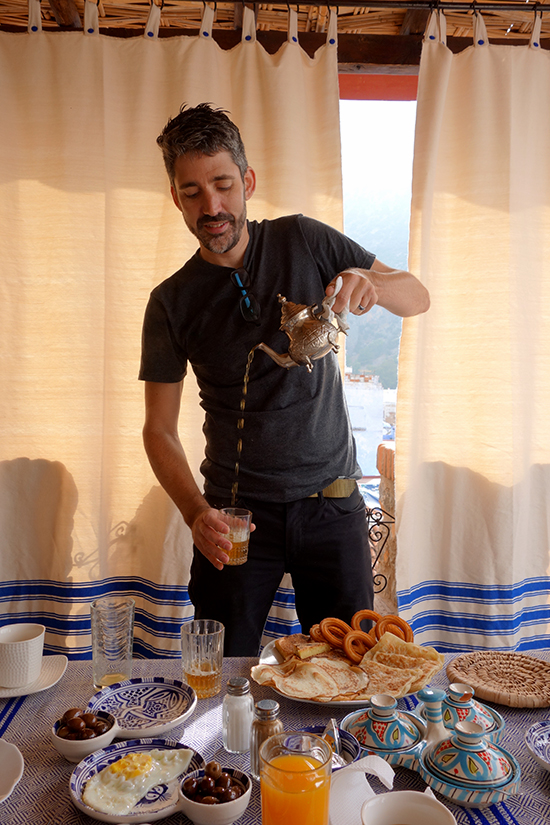 A little morning hike in the hills around the town. In the mornings, its mostly just kids headed to school. The domed roofs to the right of Rob probably mean that the building is a hammam. 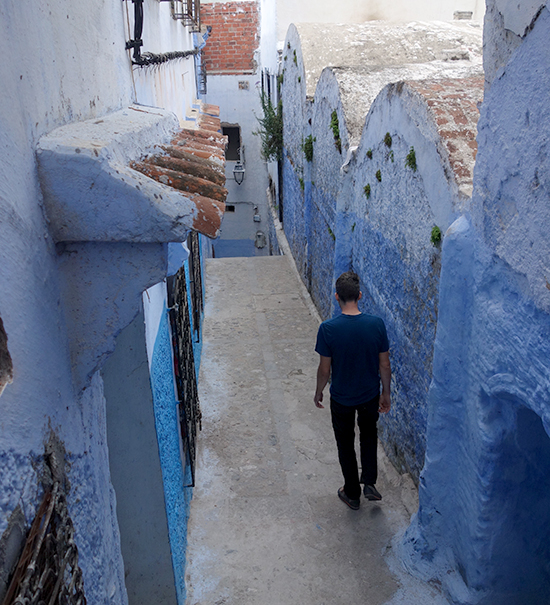 On our last morning, it was quite foggy – felt almost like San Francisco. 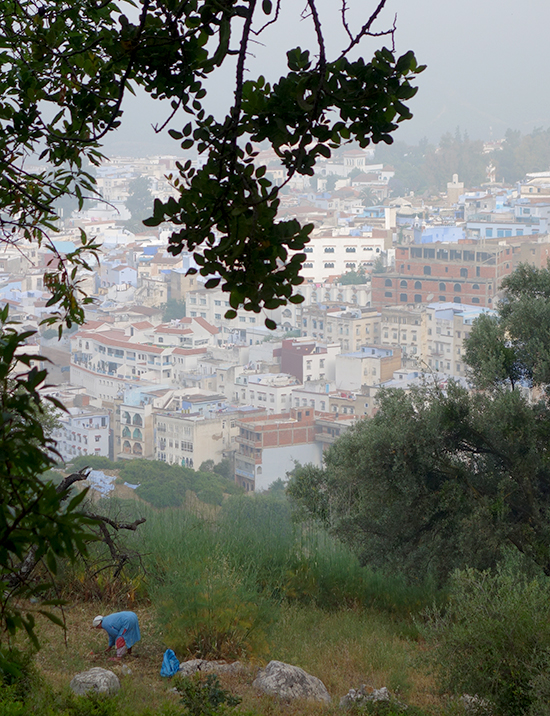 We passed the local women washing rugs in the river on the way back. 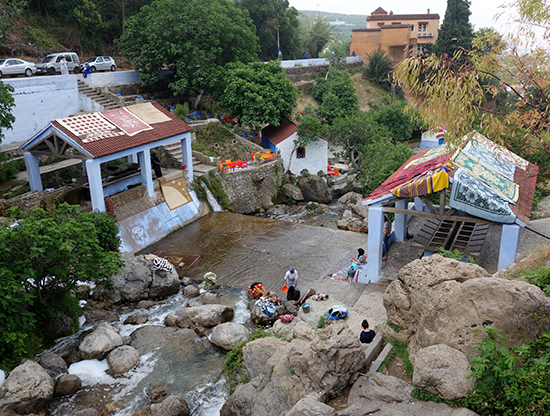 More rugs hung out to dry in town, and locals filling up with water at the main fountain in our neighborhood. Hard to guess what percentage of the town’s apartments had running water. The fountain was certainly put to use often. 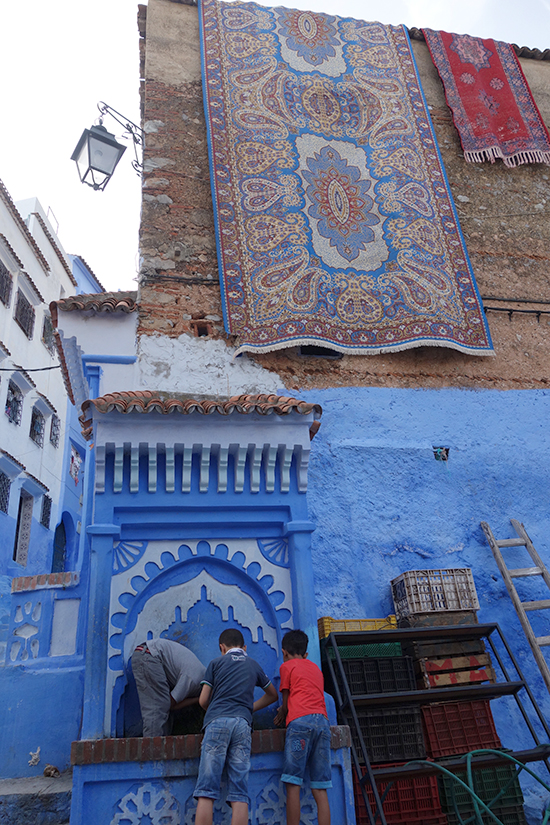 Back at the hotel for some work and chores. 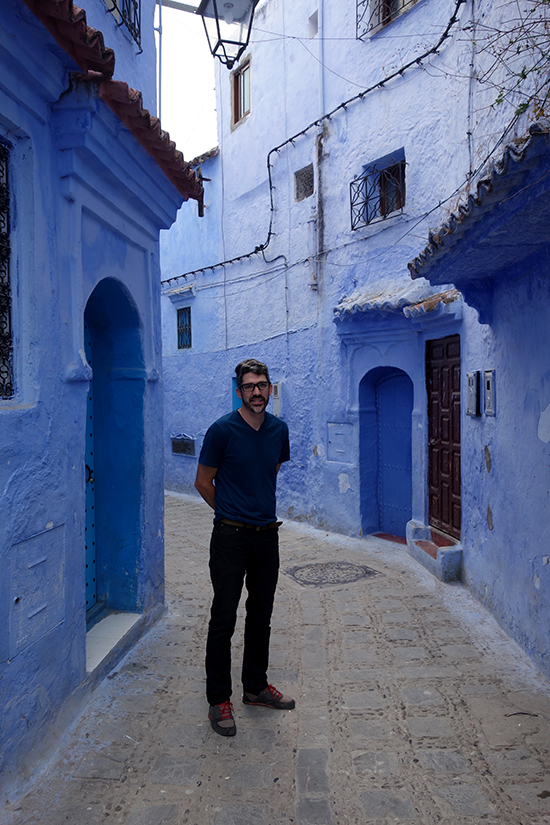 Rob hung out in the courtyard turtle, packing up his bike. 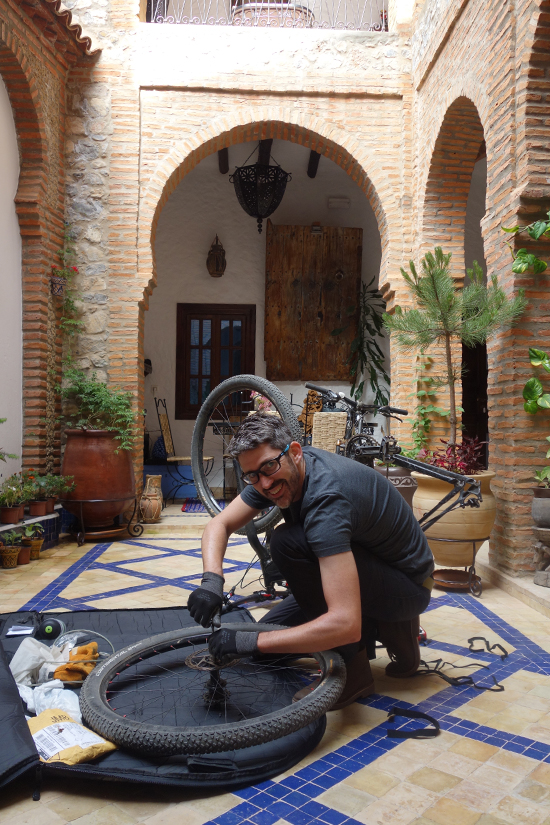 Sun’s out, time to explore the Kasbah. The interior garden is maintained so nicely. 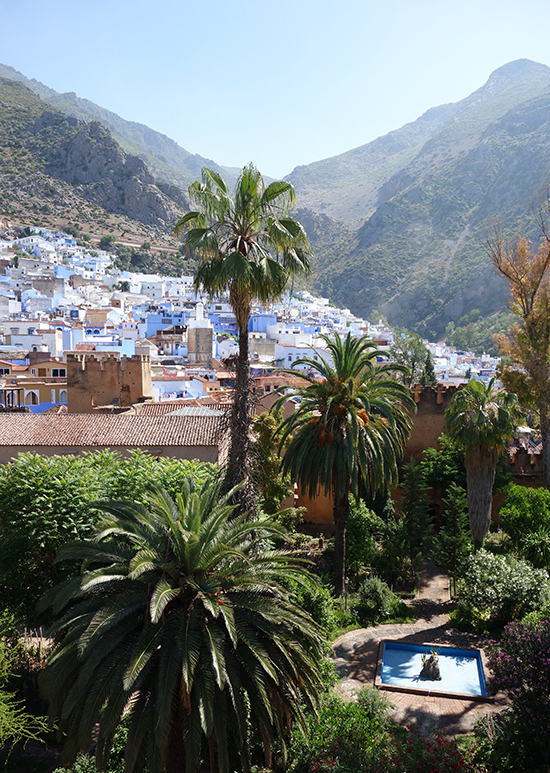 Some of the nicest views of the town. In the evening one night, they had a free sufi chanting concert in one of the courtyards. 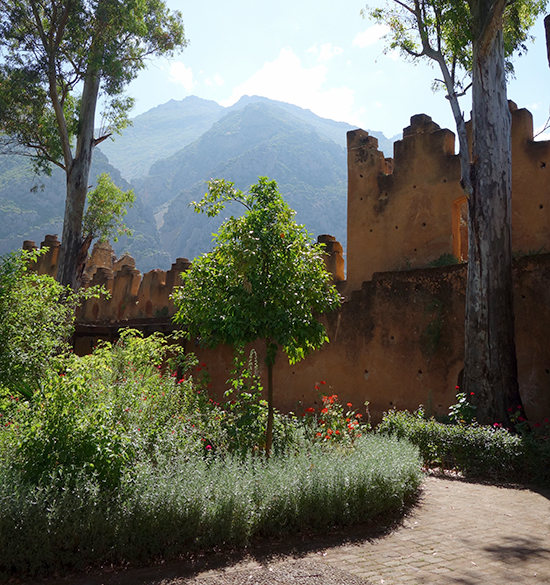 Back home to escape the heat of the day. There’s an informal “siesta” observed in town. Dinner out at our friend Said’s restaurant, Bab Ssour. All western tourists on the terrace – a good place to chat with fellow travelers while watching the sun set. 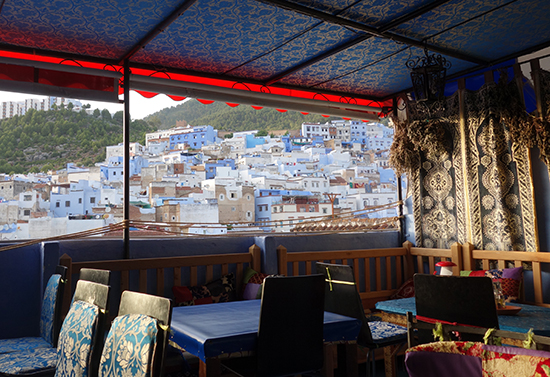 Decent wifi and good food, too. Said brought us watermelon at the end of our dinner. Town activity is picking up again now that it’s getting darker. We stopped in for Rob to get what we thought would be a haircut, but turned out to be a shave with a sharp blade. This drug store was one of the larger, fancier shops in the medina. The man who ran it was nice when he sold me a nail polish. We caught a parade on one of our nights in Chefchaouen. It looked like the whole town turned out to see the festivities, which were kicked off by a #bosslady drum majorette in a hot pink outfit leading the school band and flag bearers. 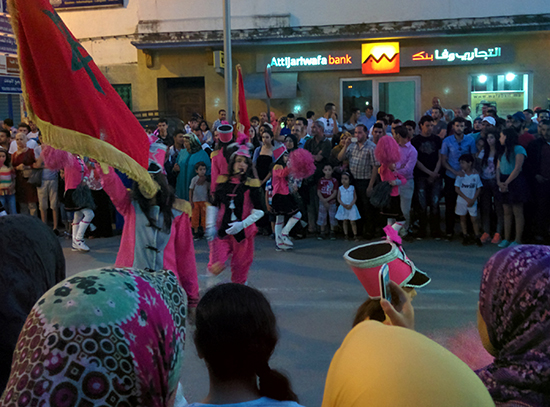 I love a parade – especially one where children are dressed up in construction paper costumes. The different grades here seemed to be representing different parts of nature in the Rif Valley. There were even groups of kids tied together to make rivers. Adorable! Just one more post on Chefchaouen, then we’re out of Africa for a week in Paris. Wedding Wednesday: Flower Combs
Sometimes, it's the smallest things that turn out to be…